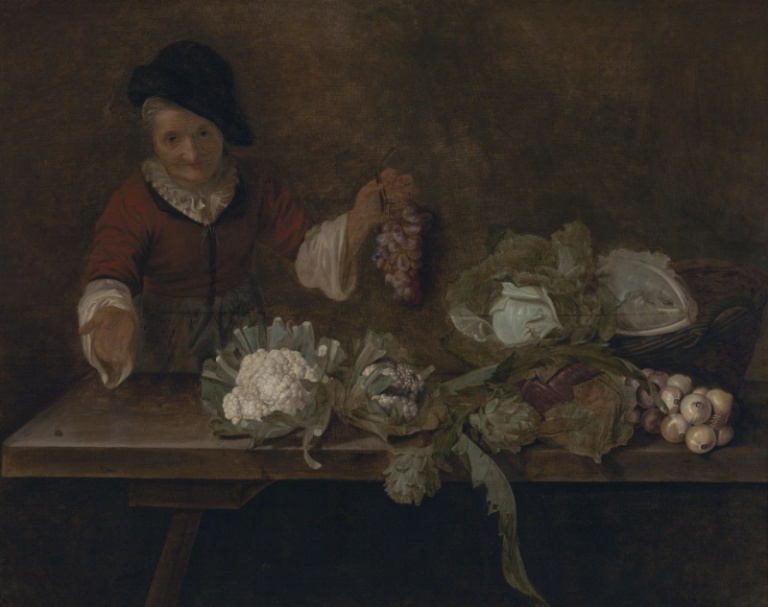 Cornelis Lelienbergh worked as a still-life painter in the Hague and became a member of the guild of Saint Luke at age 20. He married into an art-dealing family three years later. His still lifes had precedents in earlier Netherlandish art, for example in the butcher-shop still lifes of Pieter Aertsen, but included other types such as hunting pieces. These may be drawn from his own catches because he was a member of a civic militia and must have owned guns.

Lelienbergh became a founding member of one of the oldest civic artists’ associations in the Netherlands, the Confrerie Pictura, in 1656. Ten years later, he was called to serve at the fort of Moerspeuy (now Moerspui) in the southern Netherlands. He did not give up painting, however, and continued supplying a ready market with his closely studied nature canvases into the 1670s. This painting of an old woman selling vegetables is unfinished, with the background primed and painted a neutral color, while the onions are done in polished detail.