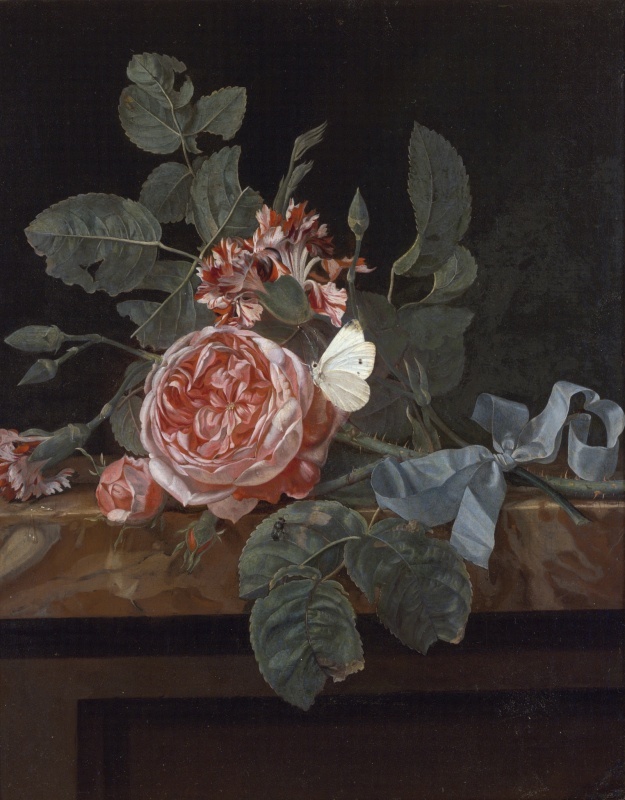 Maria van Oosterwyck was born near Delft in the town of Nootdorp and studied under Jan Davidsz. de Heem. Her skill in flower painting was prized in the Dutch market, but she never gained membership in the painters’ guild because of her gender. The biographer Houbraken considered her an amateur, though her paintings commanded extremely high prices and were purchased by Louis XIV of France and other European rulers. A clever businesswoman, she is recorded as recruiting an agent in Amsterdam to sell her paintings to the German market.

Oosterwyck even trained her servant, Geertje Pieters, to paint; after Oosterwyck’s death, Pieters was able to support herself and live independently. Independent herself, Oosterwyck remained single her entire life, refusing the hand of her fellow painter Willem van Aelst, whose studio was opposite hers.