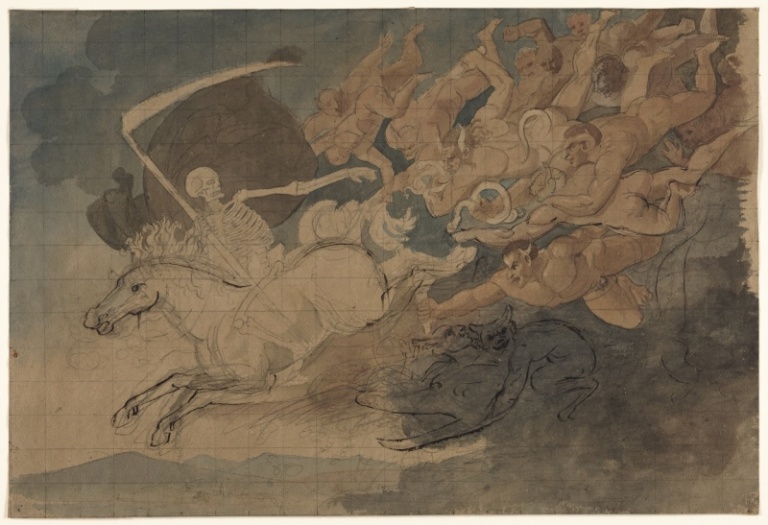 Christian Ferdinand Hartmann was a native of Stuttgart in western Germany. Although he studied medicine as a young man, he became more and more interested in art. At the age of 20, he moved to Rome for four years, where the Danish artist Asmus Carstens and the art critic Karl Ludwig Fernow noticed his talent for history painting. Upon his return to Stuttgart in 1799, he was made a member of the city’s art academy. Two years after winning the Goethe Prize for painting in 1801, artists in Dresden welcomed him to the Saxon capital.

Hartmann became a professor at the Dresden Kunstakademie in 1810 and was appointed its director in 1825. During his professorship he took trips to Italy — one for three years beginning in 1820 — and as director visited the Netherlands and Paris. The subject matter of this sheet participates in the current of dramatic and macabre subjects that became more common after the full flowering of Neoclassicism had passed in Germany. In this working drawing, Hartmann reinforced the final outline of the horse and certain other elements in pen and ink, and added a foreground demon at right as well. Though the drawing is squared for transfer, the painting or print for which it was intended is unknown.