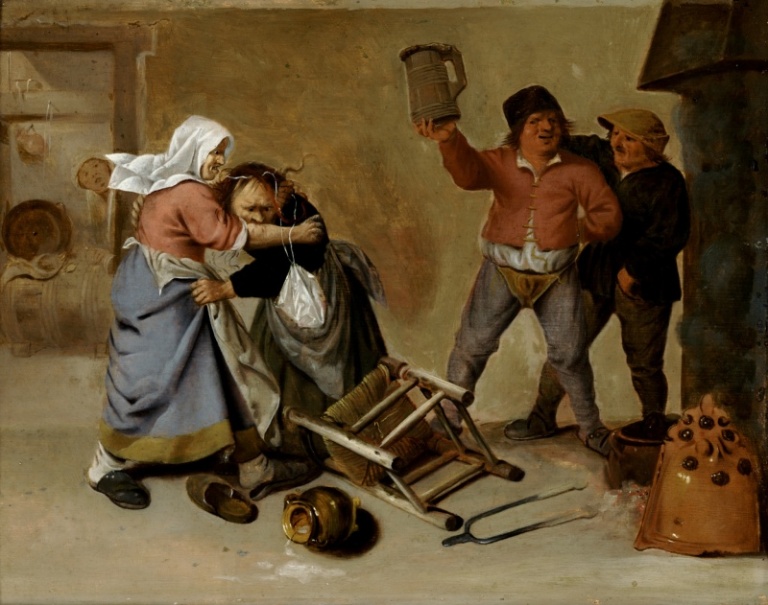 Pieter Quast was born in Amsterdam in 1606 and spent his career between this merchant city and the Hague. Little is known about his early life and training. He was married in Amsterdam in 1632, at the age of 26, and two years later became a member of the guild of Saint Luke in the Hague. He may also have served as drawing teacher to Prince Willem II of Orange.

Quast was influenced by artists such as Adriaen Brouwer, whose paintings created a vogue for irreverent subjects. His paintings of daily life often illustrated fraud and deceit, especially when they related to pithy sayings. At the same time, he was capable of depicting elegant gatherings and military subjects, as well as scenes from theater. The more humble subjects sometimes drew on the work of printmakers such as the Frenchman Jacques Callot, and his paintings have occasionally been attributed to the painter-printmaker Adriaen van Ostade, who shared his taste for caricature. Quast returned to Amsterdam before 1643 and died in poverty in 1647.

In this painting, an unusually violent episode serves as a negative example of behavior. Though it is unclear what the women are quarreling about, we are treated to hair-pulling, biting, and fierce combat that is cheered by the men. The moral content of many such paintings excused the depiction of violence and sex just as it does today.