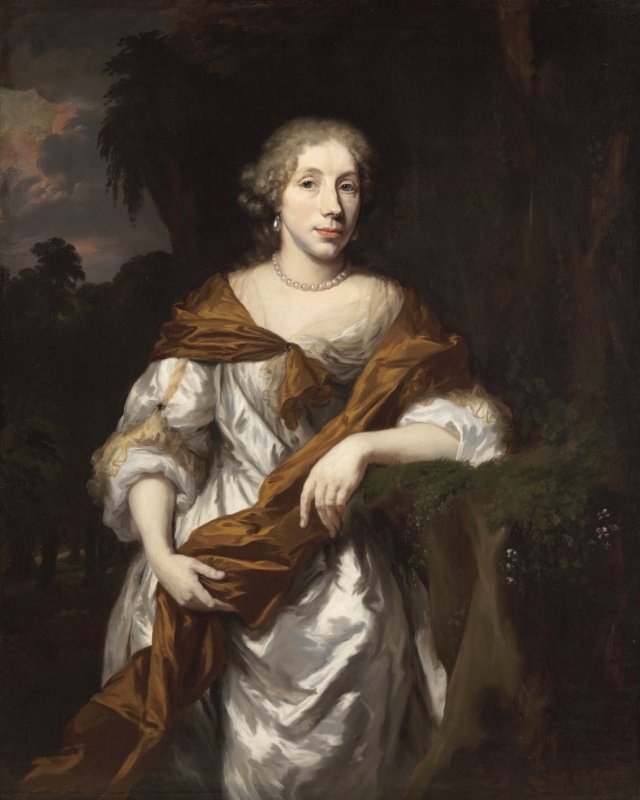 Born in Dordrecht in 1632, Nicolaes Maes learned drawing in his early years from an unnamed artist in the town. At the age of 16, he entered Rembrandt’s studio, where he studied and assisted the elder artist for five years. Returning to Dordrecht in 1653, he set up his own studio and remained extremely active for the next 20 years. In this early period, he concentrated on intimate family scenes and subjects of daily life in a style that recalled his master’s.

In the 1660s, and especially after a move to Amsterdam in 1673, Maes changed both his style and his subject matter. Gradually leaving behind genre painting in favor of portraiture, he was especially attentive to new developments by Anthony Van Dyck and other Flemish artists. His new, brighter mode often showcased the brilliance of satiny fabrics, which were popular in Amsterdam, and his imaginary gardens were inspired by developments in the southern Netherlands as well.

Maes’s style changed so dramatically that it was once thought that there were two artists with his name. With wealthy patrons vying for sittings in his studio, Maes continued to concentrate on his dynamic portraits until his death in 1693. The rugged landscape behind the sitter in this portrait, unusual in the plains of the Netherlands, stems from the pastoral, a classicizing literary genre that dealt with the lives and loves of shepherds and woodland nymphs.