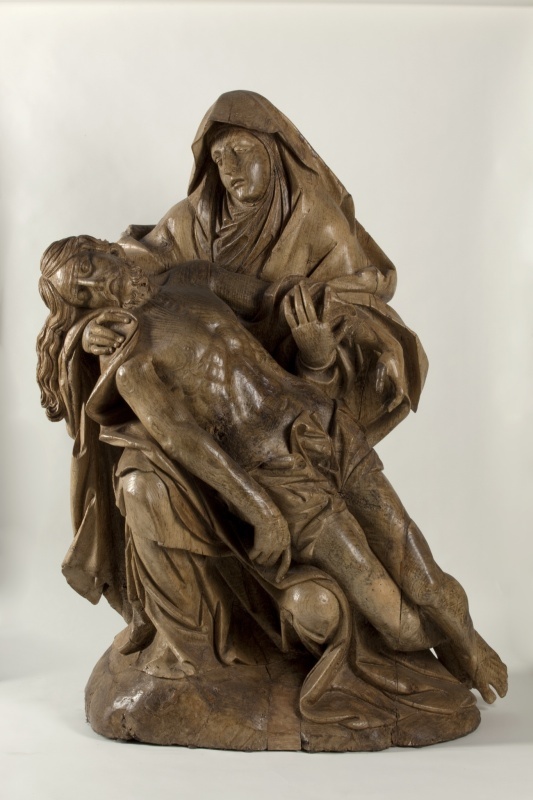 In the 15th century, when Portugal’s maritime explorations were creating a powerful trading empire, the country’s courts and cities patronized artists from throughout Europe. Under King Manuel I especially, a lively exchange of artists and objects between the Netherlands and Portugal — as strong as the cultural contacts between Northern Europe and neighboring Spain — lasted until the end of the following century. Local artists adapted the visual idioms of Netherlandish painting and sculpture to Portuguese styles, with subsequent generations continuing the tradition. By the early years of the 16th century, painters such as Nuno Gonçalves, Cristovão de Figuereido, and Garcia Fernandes were well established, while later, the sculptors Diogo Pires the Elder and Diogo Pires the Younger competed for patrons with the French sculptor Nicolas Chanterenne, who based himself in the Portuguese university city of Coimbra.

In this Pietà dating from the mid-16th century, the subject, originally a Northern European one, is expressed in a style that balances Netherlandish and more classically inspired elements. The stylized drapery folds, reinterpreting earlier styles based in Northern Europe, surround the idealized, peaceful body of Christ, which reflects the influence of Renaissance Italy.