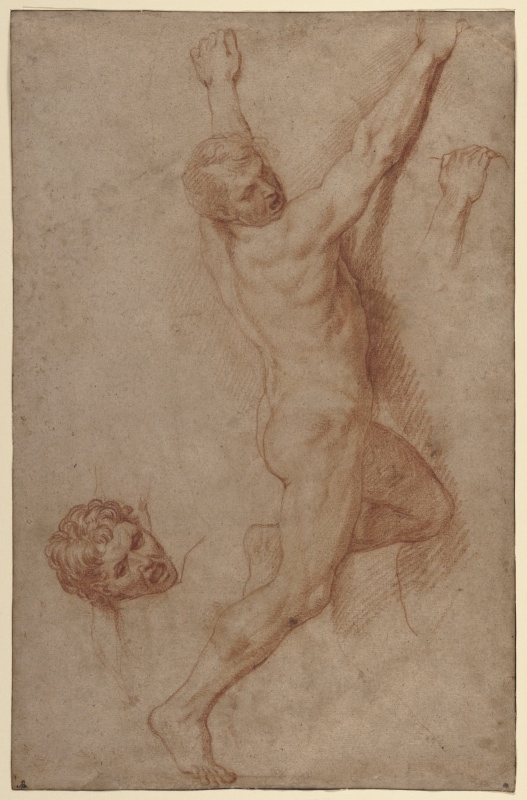 One of the founders and leaders of the French Académie royale de peinture et de sculpture, Charles Le Brun dominated French painting for many decades. A pupil of Simon Vouet and François Perrier, he attracted the attention of Cardinal Richelieu at an early age, a determining factor in later patronage. Four years of study in Rome with Nicolas Poussin beginning in 1642 gave the young artist a thorough grounding and experience in both modern painting and the ancient world.

The development of the Académie and Le Brun’s achievements run parallel; both reached their zenith in the 1660s. He was responsible for the decoration of the noble palace of Vaux-le-Vicomte and the royal palace of Versailles, projects that benefited greatly from his directorship of the Gobelins tapestry and furniture works and chancellorship of the Académie. He was also instrumental in the creation of the Académie de France à Rome in 1666. Though he lost some support with the death of the royal finance minister Jean Baptiste Colbert in 1683, Le Brun enjoyed the king’s favor until his death.

This drawing, made for a painting of the Brazen Serpent that survives in Bristol, dates from the Académie’s first years under his leadership. The man fleeing from a snake is captured in red chalk, his hand and head studied separately. The differences in facial expression foreshadow Le Brun’s famous lecture on the emotions and their importance in history painting.