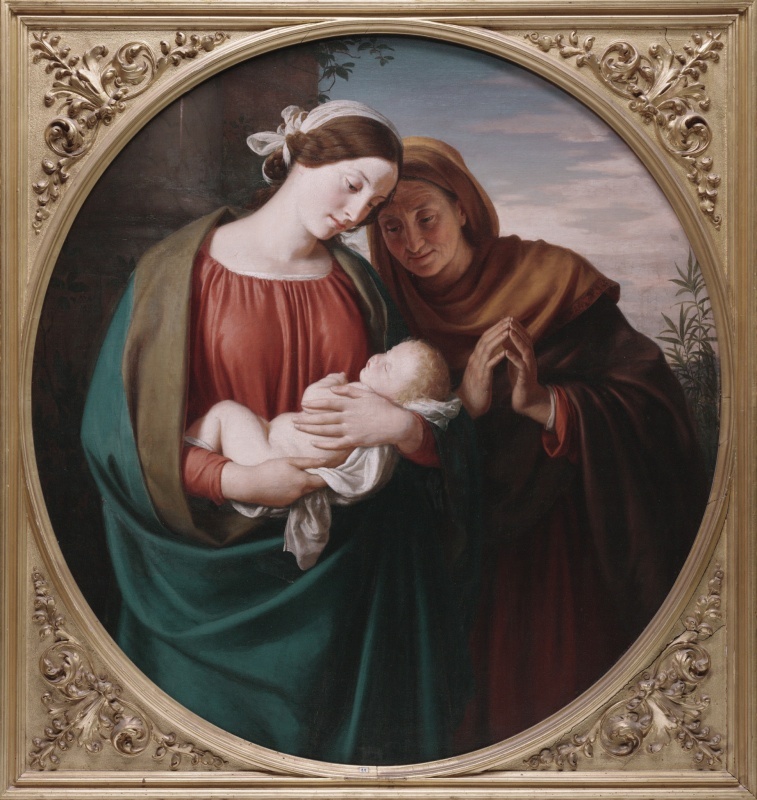 Adolf Wichmann, born in Celle near Hanover in 1820, trained at the Dresden Academy under Eduard Bendemann, an artist of the Düsseldorf school. In 1847, Wichmann began a four-year trip to Venice and Rome to study the Italian masters, which transformed his style and views on art. During his time in Italy and before, he was influenced by the Nazarene painters who, rejecting Neoclassicism, longed for a return to the spiritual directness of the late Middle Ages and early Renaissance.

By the time of his appointment as a professor at the Dresden Academy in 1862, Wichmann had incorporated these ideas into a style of painting that met with great success. Though the Virgin and Child with Saint Anne is more typically a Northern European subject than an Italian one, Wichmann’s painting draws heavily on the art of the early Florentine Renaissance. Even the round form of the painting, known in Italian as a tondo, was most often used in the late 15th and early 16th centuries in Tuscany. Here, the artist meditates on the tone and style of early Madonnas by Raphael and Perugino, especially in the expression and headdress of the Virgin.