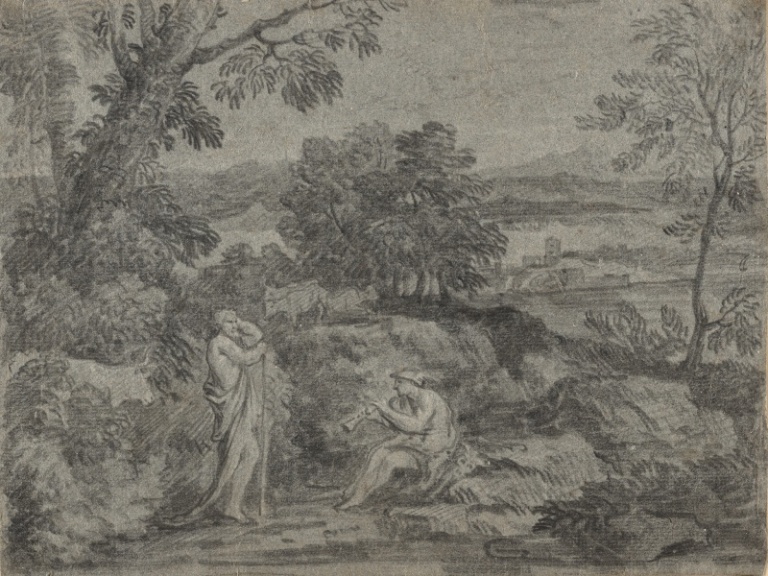 Gaspard Dughet was born in Rome to a French father and an Italian mother. His early studies were with Poussin, who later became his brother-in-law, and whose multi-figured history paintings dominated the Roman market in the early 1630s. Preferring to study landscape, perhaps with the encouragement of Poussin and foreign artists working in Rome, Dughet went on to create paintings and frescoes for noble families, including the Colonna and the Pallavicini. Like his contemporary Claude Lorrain, Dughet worked in a classicizing style, often including figures drawn from mythology or ancient history. He spent his entire career in Rome.

In this drawing, Dughet explores the Roman countryside, with its hills, villas, and ruins, in black and white chalks on blue paper. His knowledge of the effects of light is especially evident in the treatment of the trees. Though the buildings in the background at right could easily be from the 17th century, the artist clothes his figures in classical garb.