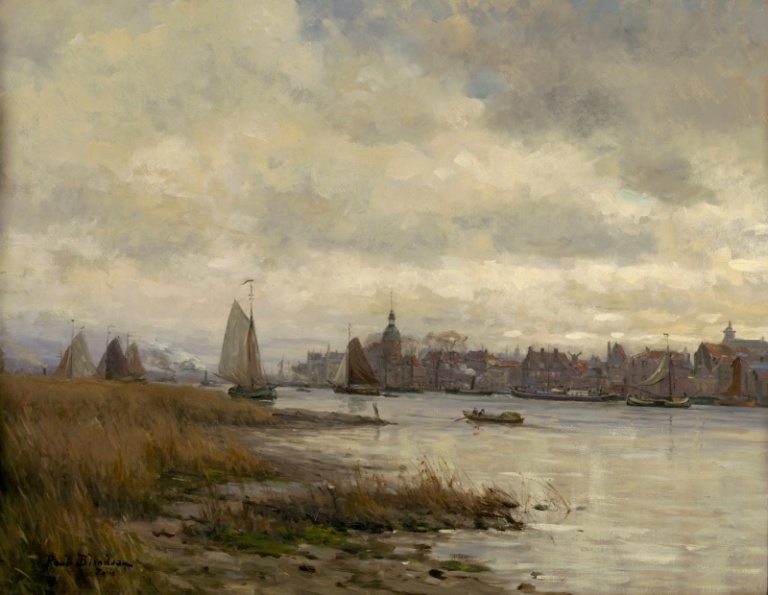 Though he is often referred to as a watercolorist, Paul Blondeau produced a significant body of work in oil. He was born in Paris and studied under Tony Robert-Fleury, the French academic painter; he likely experienced the exacting training of Jules Lefebvre at the Academy as well. Later, the American expatriate painter Daniel Ridgway Knight welcomed him to his studio in Rolleboise, west of Paris, where the two worked side by side. By the early 1900s, his oils had earned him great praise at the annual Paris Salon exhibitions. He died in Rolleboise.

This view of Dordrecht shows one of the most famously picturesque harbors in Europe in the late 1800s. Artist after artist captured its bustling wharves with the Grote Kerk looming above. Though most artists concentrated on a few points of view in the inner harbor, Blondeau’s distant view is unusual. By reducing the city to a series of domes and spires caught between grayish clouds and sea, the artist could give free rein to his expressive, loose brushwork.