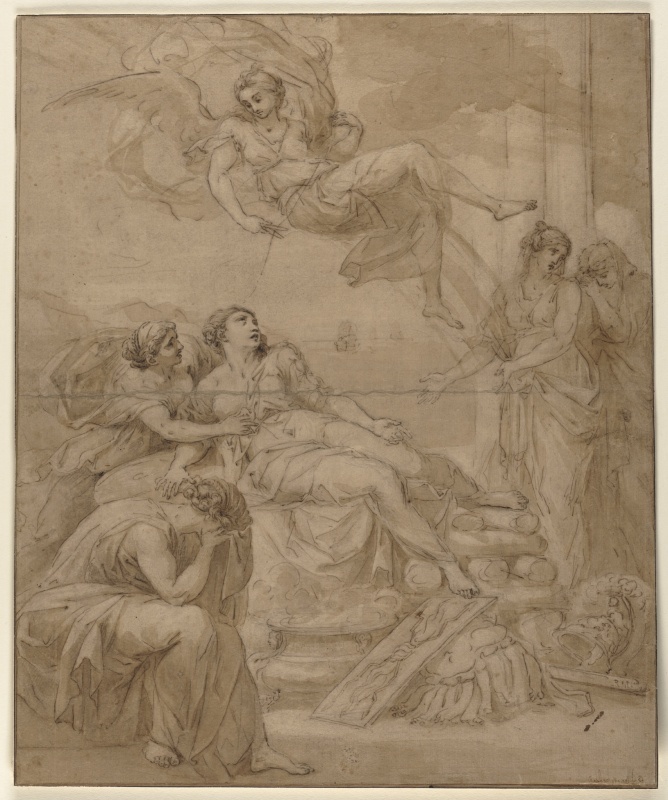 One of the foremost artists of his day, Anton Raphael Mengs gained European fame and contributed much to the rise of Neoclassical painting. Born in a provincial town not far from Dresden, he traveled to Rome at the age of 13 in the company of his father, a Danish painter. By 1751, he was appointed painter to Augustus II of Saxony, though he maintained his links to Italy and spent most of his time there. His many commissions for churches, noble families, and the Pope in these years made him an ideal candidate to teach at the new academy of figure drawing, the Accademia del Nudo, which was founded 1754.

Mengs’s deep friendship with Johann Joachim Winckelmann was key for both artist and theorist: Winckelmann’s classical knowledge and ideas of beauty influenced the artist’s paintings, while Mengs’s experience in practical matters helped to develop Winckelmann’s ideas. In later years, the artist received commissions in Naples and Madrid as well as Rome, and his fame spread well beyond. Mengs’s own theoretical works were published posthumously.

In this drawing, the body of Dido, queen of Carthage, is echoed by that of the Fury who cuts her life’s thread above. Abandoned by Aeneas, whose ship sails toward the horizon between the two bodies, Dido has built a funeral pyre and cast herself upon it. The drawing, with its clear, rhetorical gestures and accurate classical elements, shows elements of both the Baroque and Neoclassicism.