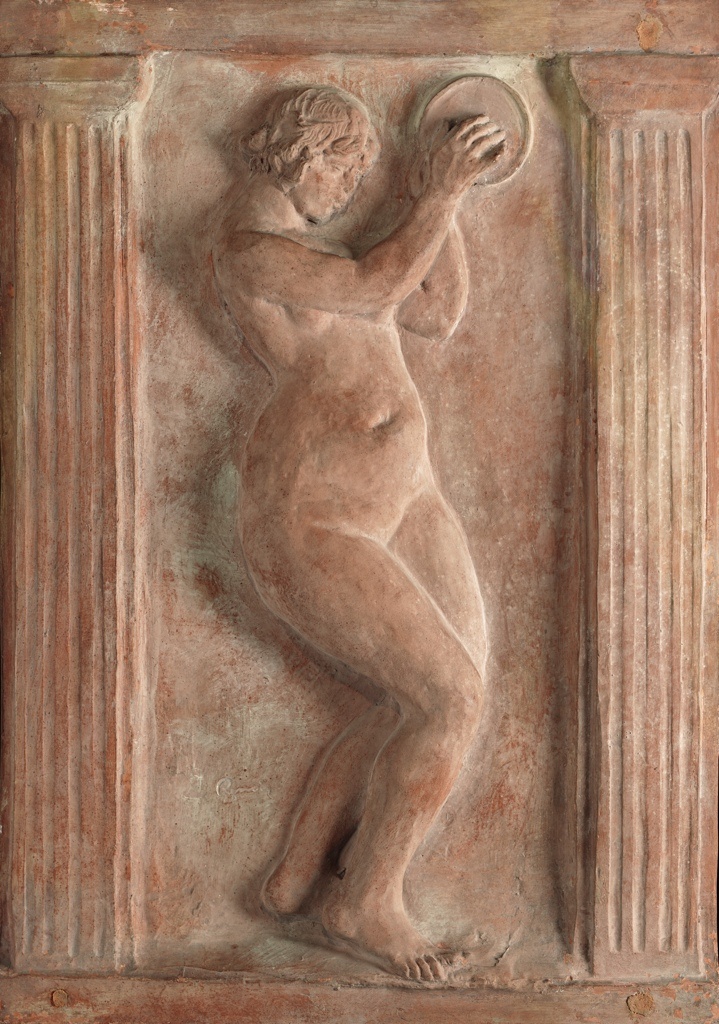 These sculptures were some of the last works Renoir produced before his death in 1919.

Pierre-Auguste Renoir was born in 1841 and lived well into the 20th century, a lifespan that allowed him to witness and participate in several artistic revolutions. Trained as a painter of porcelain, he was nevertheless inspired by the works of Old Masters and, in 1862, entered the studio of Charles Gleyre, a Swiss history painter who taught students as different as James McNeill Whistler and Claude Monet. This experience heightened his interest in light effects and, by the late 1860s, his experiments with Claude Monet led to the development of a new style. Soon to be labeled Impressionism, the style combined loose brushwork with an analytical view of light and atmosphere.

Renoir’s greatest fame came during the 1870s and ’80s as an Impressionist, yet he continued to innovate. Travel took him to North Africa and Italy during this period and, perhaps in reaction to renewed contact with Old Masters, he brought a new linearity into his work that he later tempered with loose brushwork. In the early 20th century, Renoir began to work in new media, modeling with clay as his hands became paralyzed from rheumatism. In the terracottas above, Renoir harks back to the classical world, the tambourine and flute players recalling the nymphs and shepherds of pastoral poetry. These sculptures were some of the last works he produced before his death in 1919.