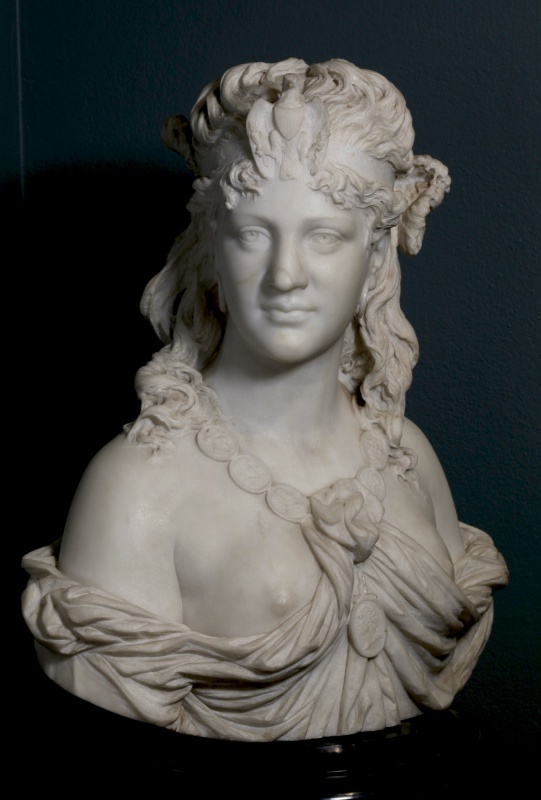 A native of Florence, Pasquale Romanelli made sculptures for princes and aristocrats as well as for wealthy foreigners who traveled in Italy. Apprenticed to the anti-classicist Lorenzo Bartolini, who led the Italian reaction to the art of Canova, Romanelli assisted him with many major sculptures. Bartolini’s connection with France, where he had been a pupil of David and Ingres, inspired Romanelli to pursue a similar path, and by 1851 he had exhibited a statue of the Biblical character Ruth in the Paris Salon. In addition to his works for traveling noblemen, he became involved in public projects, completing the Demidoff monument in Florence (begun by Bartolini) and creating the monument to the scientist and politician Vittorio Fossombroni in Arezzo. His fame with American audiences was greatly enhanced by his statue of Benjamin Franklin as a boy, which was exhibited at the Philadelphia Centennial Exposition of 1876. This bust, dating from around the same time, includes a variety of American motifs, including a headband decorated with an eagle and shield, and a necklace with portraits of American statesmen.