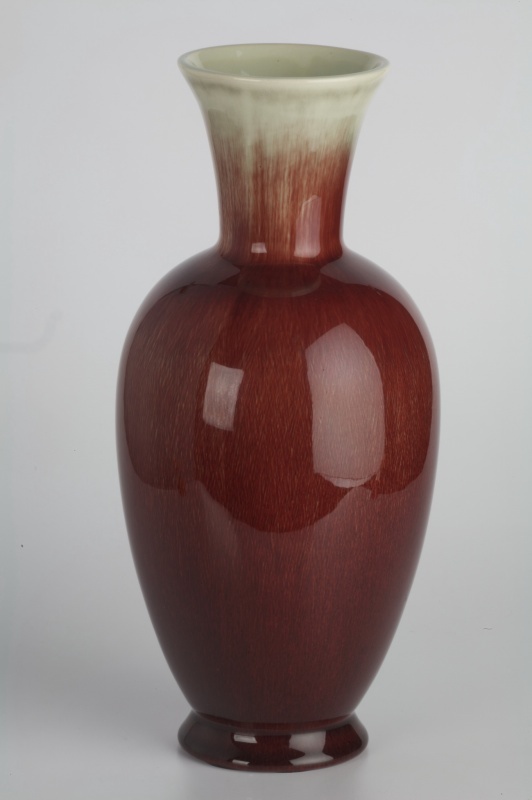 In 1925, William Wrigley, known as the chewing gum king, established the Catalina Clay Products Company on Catalina Island off the coast of Malibu, California, to provide his construction projects with bricks. By 1927, the company began making decorative tiles and then garden pottery, dinnerware, and vases. Ten years later, the company was acquired by Gladding, McBean & Co., which was headquartered in Lincoln, California, not far from Sacramento. The acquisition gave Gladding, McBean & Co. the right to boast that it was now “the country’s largest manufacturer of architectural, building, and ornamental clay.” (1)

Catalina’s line of colorful glazes had already proved popular, and Gladding, McBean & Co. pledged to retain the company’s distinctive wares. They also continued to provide less common offerings, such as a line of fine art pottery that included candleholders, low bowls, and vases. Although the company continued to use many of the same molds and glazes for the wares it now produced in Los Angeles, it switched from Catalina’s red clay, which chipped easily, to more resilient white clay from Lincoln, which was used to create this vase.