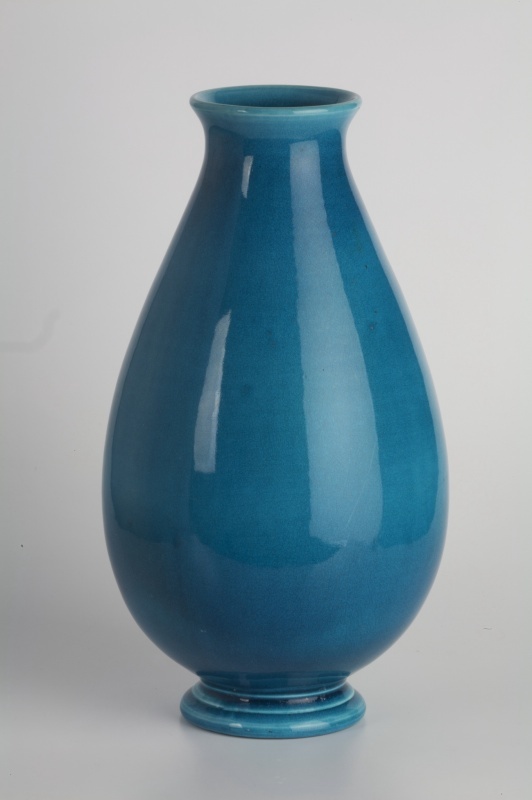 Massachusetts native Fred Robertson hailed from a long line of clay artists. His father, Alexander W. Robertson, was a fifth-generation potter and established the Massachusetts-based Chelsea Keramic Art Works, as well as its successor, Dedham Pottery. Fred Robertson worked alongside his father at these potteries, as did Alexander’s brother, Hugh Robertson. In 1898, Alexander relocated to San Francisco and founded the Roblin Art Pottery; Fred joined him in 1903.

Following the 1906 San Francisco earthquake and fire, the Robertsons moved to Los Angeles where Fred Robertson worked as superintendent of Los Angeles Pressed Brick. During his tenure, he also operated a small art pottery known as FHR Los Angeles, which produced crackle, matte, and crystalline glazes, along with experimental lusters. He became the superintendent of Claycraft Potteries in Los Angeles in 1921 and, four years later, his son, George, joined the firm as designer, establishing the seventh generation of Robertsons in the pottery business. In 1934, the father-son team of Fred and George started Robertson Pottery in Los Angeles and moved it to Hollywood the following year. The pottery produced functional, household wares and more decorative pieces, applying brightly colored glazes to traditional forms influenced by Chinese examples. The company closed upon Fred Robertson’s death in 1952.