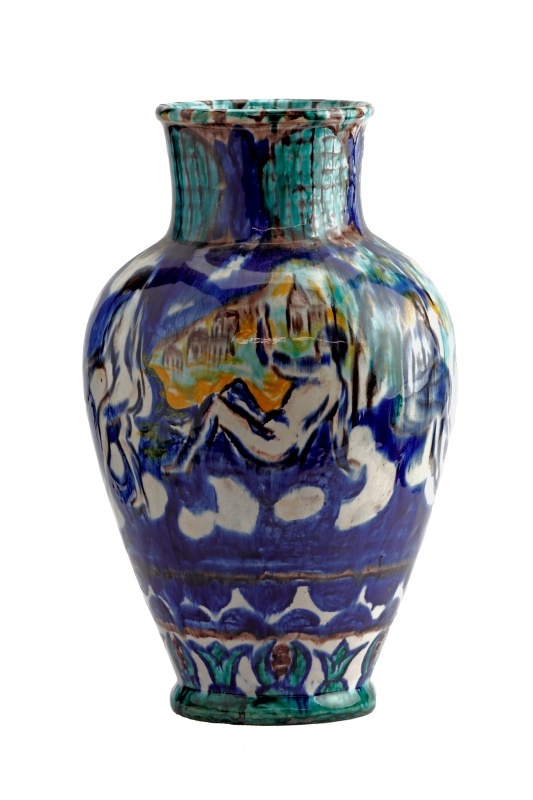 Before he became a famous filmmaker, Jean Renoir was a ceramic artist. After his service as an airman in the first World War, the 23-year-old artist returned to the town of Cagnes, France. There, his aging father, the painter Pierre-Auguste Renoir, was working on canvas and with terracotta, though his hands were partially paralyzed. In the two years before the elder artist’s death, Jean observed his work and decided on ceramics as a career, in part because it was then considered a craft and therefore disassociated from the artistic expectations of his surname.

Opening a workshop with his brother Claude, he produced a variety of works, from sugar bowls to decorative plaques. In this example, Renoir transforms the motif of bathers, the subject of many paintings, including his father’s, into a lively decoration for a flower vase. Renoir later compared the craftsmanship of ceramics to the craft of filmmaking, saying that both were dependent on the artist’s vision and used simple materials as their basis. By 1924, Jean Renoir had abandoned this first love and devoted himself fully to film.