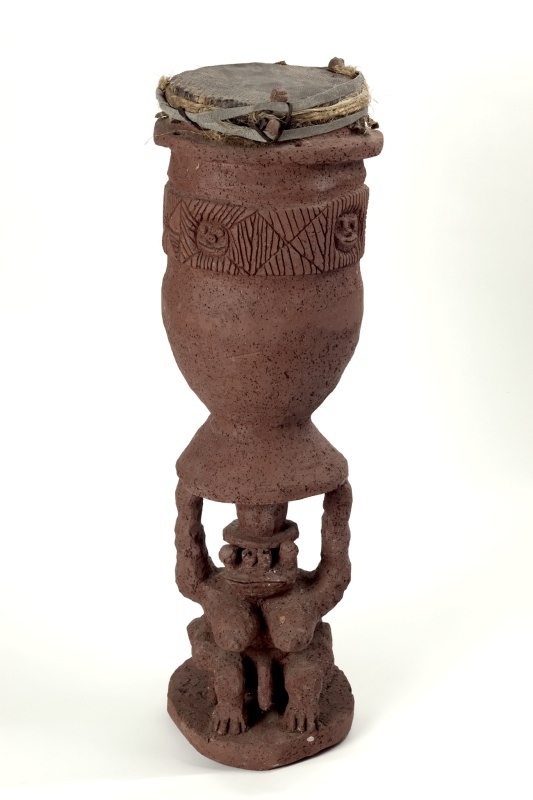 For ceramist David Gilhooly, it’s a frog’s universe out there, never mind the humans. Although he began by making colorful crocodiles and other African mammals during his years as Robert Arneson’s student, in the mid-1960s, Gilhooly began to imagine a parallel universe in which frogs were at the top of the food chain. Artists of the era, especially in Northern California, were fascinated with heroes, myths, and mythmaking, perhaps because they were among the first generation raised on the excess of alternative realities offered by comics and B movies.

Gilhooly used frogs in every conceivable way. Historical and political figures such as George Washington and Mao Zedong became frogs. Favorite snacks were transformed into hot-frog dogs, frog-sundaes, and more. Gilhooly was determined to illustrate all of history and culture as set in motion by civilizations of amphibians. In the 1970s, when fashionable intellectuals collected artifacts from isolated and presumably primitive cultures, Gilhooly also “found” ancient frogs depicted on ritual items like this Frog Drum.