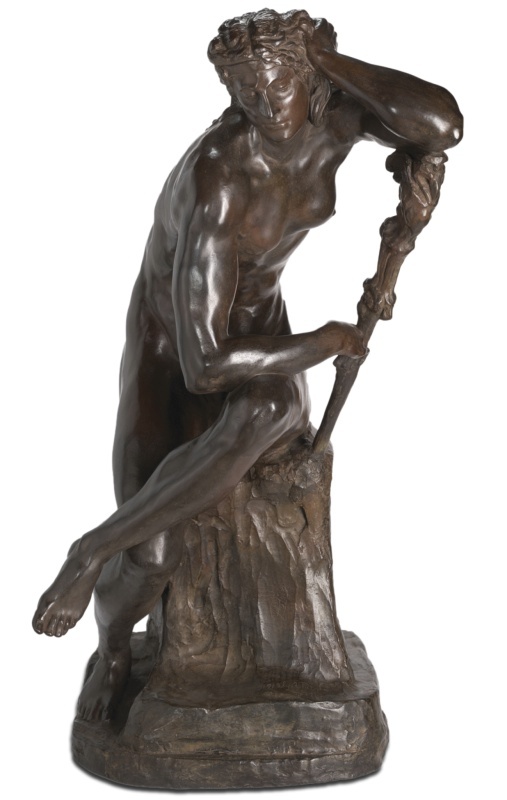 While the history of painting in California has a rich visual tradition extending from Spanish settlement, sculpture did not come to the forefront of artistic expression until the late 19th century. At this time, Arthur Putnam and Douglas Tilden emerged as the first California sculptors celebrated at home and abroad.

Putnam is best known today for his animal subjects, but he was also skilled at rendering the human figure. Born in Mississippi, he spent his early years in Nebraska. His interest in art and appreciation of animals began when his family moved to a ranch in Southern California, where he observed and sketched wildlife. To pursue art as a career, he came north to San Francisco in 1894 to study at the Art Students’ League, and he also studied briefly in Chicago.

After his marriage in 1899, Putnam moved to San Francisco, sharing a studio with the painter Gottardo Piazzoni, and in 1905, Putnam and Piazzoni traveled to Italy, Switzerland, and France. In Paris, Putnam became familiar with sculptor Auguste Rodin’s powerful figures, with their Impressionistic modeling of form, an influence clearly evident in this dark Venus. An allegory of the night, Putnam’s figure holds a staff bearing the face of an owl.