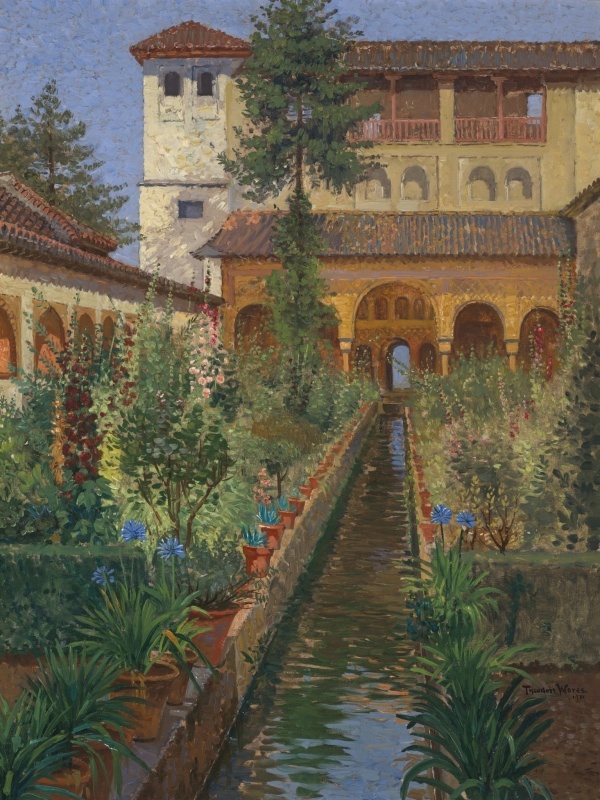 Theodore Wores was one of San Francisco’s first native artists, studying as a teenager under Virgil Williams at San Francisco’s California School of Design. In 1875, he enrolled at the Royal Academy in Munich.

During his European study, Wores made the acquaintance of James McNeill Whistler, whose admiration of Japanese aesthetics inspired him. In 1885, Wores became one of the first American artists to visit Japan, where he stayed for two years, followed Japanese customs, learned the language, and wrote numerous articles about the country. He returned for a second visit in 1892 and again stayed for two years.

In Japan, Wores’s dark, Munich-inspired palette lightened, and he began to use Impressionist color and brushwork. When he returned to California, he continued to work primarily in this style, producing landscape views of the San Francisco Bay Area and the Monterey region. Wores also painted the gardens and architecture of the Alhambra in Granada, Spain. There, “his predilection for brilliant effects of sunlight, exotic scenes and people, [and] mellowed architecture, brought forth scores of canvases.”(1)