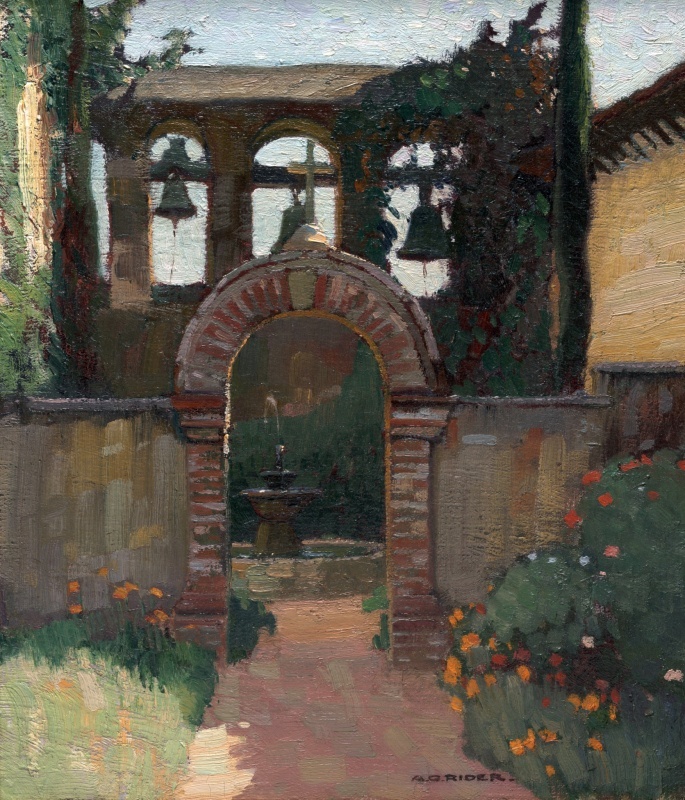 Arthur Rider was born in Chicago and received his early training at the Chicago Academy of Fine Arts. While a student, he painted for local opera companies and then continued this line of work in London. Seeking further training, he moved to Paris to study at the Académie Colarossi and at the Académie de la Grande Chaumière.

Having heard a lecture by Spanish artist Joaquín Sorolla in 1911, Rider set off for Spain, where he studied and befriended Sorolla. He was greatly influenced by Sorolla’s approach to color and spent nine summers in Valencia painting with him and portraying the coast and activities of local fisherman.

After Sorolla died in 1923, Rider returned to Chicago and made visits to California. In the late 1920s, he rented a house in Laguna Beach and settled in Los Angeles in 1931. While pursuing easel painting, he also produced scenery for the film studios MGM and Twentieth Century Fox.

In California, Rider sought out subjects that recalled his time in Spain. Although he painted coastal scenes, he also depicted inland landscapes and buildings. He was especially fond of the gardens and architecture of Mission San Juan Capistrano. His depictions of the mission were unlike those produced by the previous generation of California artists, who sought to capture the entire mission in all its detail. Rider sought only the essence of the mission, finding it in fragments of light and color.