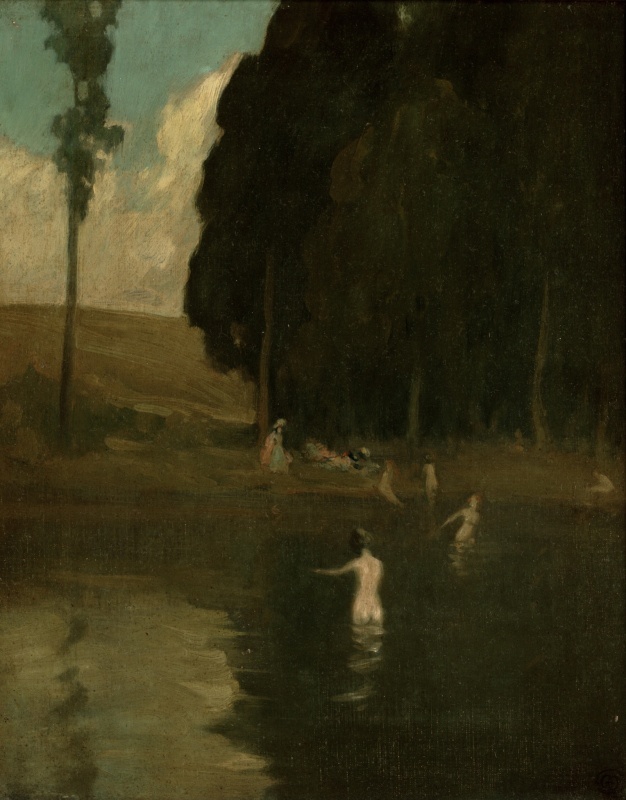 Born in Guadalajara, Mexico, Xavier Martinez evidenced an early aptitude for drawing and studied pre-Columbian art and indigenous design in his teens at the Liceo de Varones, Guadalajara. When his foster father, formerly the Consul General to Paris, was reassigned to San Francisco, Martinez followed him and enrolled at the Mark Hopkins Institute of Art. Studying under Arthur Mathews, Amédée Joullin, Raymond Yelland, and others, he graduated in 1897 and for a short time served as an assistant to Mathews before leaving for Paris that fall.

During his four years in Paris, Martinez spent the first two studying at the École des Beaux-Arts under Jean-Léon Gérôme. He then enrolled at the Académie Carrière under Eugène Carrière, who was known for his dusky, Rembrandtesque portraits with strong chiaroscuro effects. He also became acquainted with artist James Whistler, the Symbolist writer Joris-Karl Huysmans, and graphic artist Théophile Alexandre Steinlen.

Of all of the art styles that Martinez encountered in Europe, the Tonalism of Whistler and Carrière had the most profound effect on his own production. The influence of the Spanish masters, whose work he saw in the Louvre and on a European tour, was also pronounced. This darkly suggestive landscape with tiny frolicking figures and a wooded pool is Symbolist in feeling and relates to French 19th-century poetry in its aim to suggest rather than describe reality. Writer Porter Garnett explained: “Low in key and subtle in values, his pictures express in tone and color something of what such poets as Stephane Mallarmé and Henri de Regnier express in the nuances of their musical verbiage.”(1)

Back to Collection
Previous