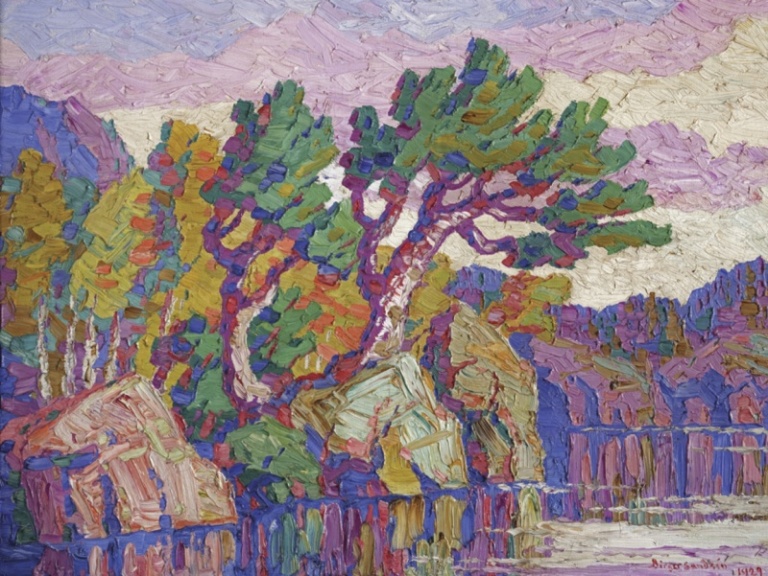 A painter and printmaker, Birger Sandzén was one of the first European-trained, avant-garde artists to settle in the American heartland. Born in the village of Blidsberg, Sweden, he studied drawing at a preparatory school in Skara. He then attended Lund University and after a semester went to Stockholm and took classes with the internationally known Swedish Impressionist painter and etcher Anders Zorn. In 1894, he moved to Paris to attend a painting class by Edmond François Aman-Jean and encountered firsthand the Pointillism of Georges Seurat.

Sandzén was drawn to Kansas to teach at Bethany College, located in the Swedish community of Lindsborg, by a book written by the president of the college and by romantic stories of the American West. He immediately assumed a leading role in the cultural life of the Midwest, exerting enormous influence upon the development of art in Kansas and surrounding states. He traveled to find his subjects, not just in Kansas but extensively in the desert Southwest and Rocky Mountains of Colorado.

This painting of Rocky Mountain National Park is a scene that the artist depicted often. As in much of Sandzén’s production, the subject matter of rocks, water, and trees is secondary to the artist’s expressive color and application of pigment. With thick areas of impasto and brushwork left evident, high-keyed colors exist side by side in full intensity, mixing optically to produce an expressive surface that celebrates both the topography depicted and the art of painting.