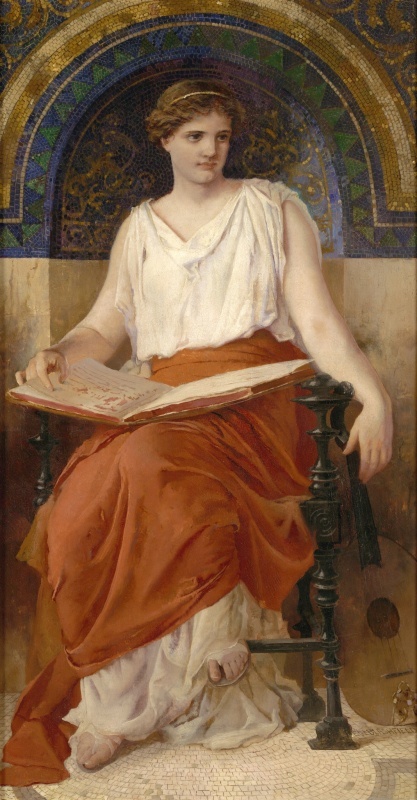 In the years between 1880 and 1914, many Americans believed that art and architecture would serve as moral inspiration and continued Greek , Roman, and Renaissance ideals. One of the artists most closely associated with this “American Renaissance” was Edwin Howland Blashfield. He decorated state and federal buildings with murals and supplied paintings for the mansions of New York’s elite. His lectures and 1913 book, Mural Painting in America, were integral to the era's revival of mural decoration. He ultimately became president of the Society of Mural Painters and of the Society of American Artists.

A native of New York, Blashfield trained in the United States and Europe. He studied briefly in Boston in the mid1860s and then traveled to Paris in 1867, where he trained privately with Léon Bonnat. Upon returning to the United States in 1881, he settled in New York. In 1887, he went abroad for six more years, spending time in Egypt, continental Europe, and England. During his European stays, he exhibited regularly at the Paris Salon and also at the Royal Academy in London. In 1893, he returned to the United States and garnered national recognition for his murals at the World’s Columbian Exposition in Chicago.

The easel paintings that Blashfield produced often related to his mural work, but also included costumed genre scenes, portraits, views of antiquity, and allegorical subjects in architectural settings. In this painting, music is personified by a woman wearing a Greek chiton and draped in rich, red fabric. The frieze-like format enhances the overall sense of antiquity and makes the figure appear as part of a larger architectural scheme.