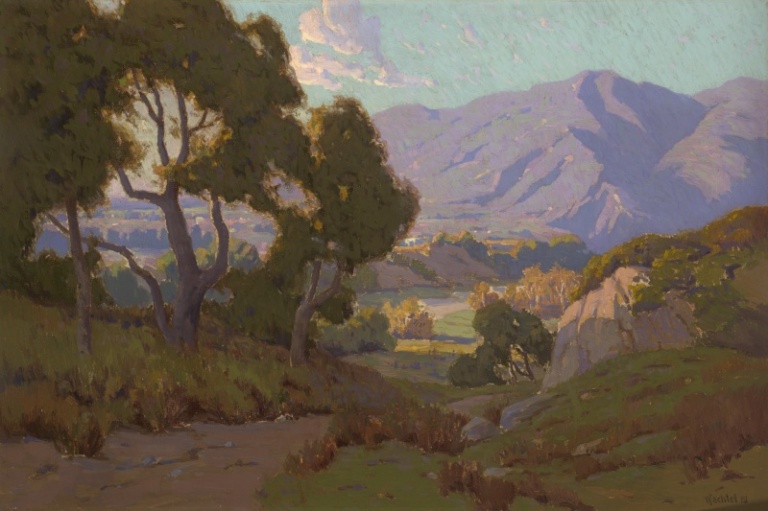 Elmer Wachtel and his wife, Marion Kavanagh Wachtel, made extended painting trips throughout Southern California, exploring inland valleys, mountains, and the coast. They also painted in the desert Southwest and Mexico. Marion worked most often in watercolor, Elmer in oil.

Elmer was born in Baltimore, Maryland, and raised in Lanark, Illinois. In 1882, he moved to San Gabriel, California. He played violin with the philharmonic orchestra in Los Angeles, but his habit of drawing and painting brought him into contact with other artists of the region, with whom he helped found the Los Angeles Art Association. Desiring further artistic training, he went to New York and studied briefly with William Merritt Chase. He returned to California and then left for Europe at the turn of the century, enrolling at the Lambeth Art School in London.

Once back in Los Angeles, Wachtel began offering art lessons. One of his students was Marion Kavanaugh (she dropped the “u” after her marriage).

The Wachtels married in 1904, lived many years in Los Angeles, and then moved to the Arroyo Seco area of Pasadena in 1921. Although both artists’ early work presented the landscape through subdued, tonal colors, each gradually introduced higher-intensity hues.