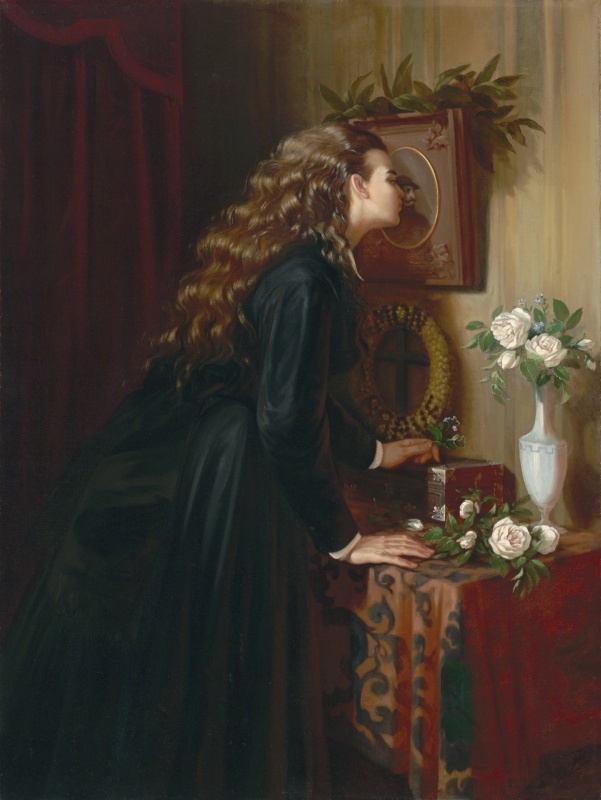 Ernest Narjot painted mining scenes, landscapes, portraits and figure studies, and murals. He was born in St. Malo, France, and raised in Paris by artist parents. He received formal art training there, but was lured to California by gold in 1849 and eventually settled in San Francisco. By the 1880s, he was considered one of California’s foremost painters.

Narjot never forgot his French heritage and continued to prefer his native language, sometimes incorporating it directly into his work. Mon Brave is a painting about the Franco-Prussian War (1870–71), a conflict between France and Prussia. It depicts a woman kissing the portrait of her soldier boyfriend who has presumably gone off to battle. The wreath in the painting reads “Mon Brave,” and the woman holds forget-me-nots in her hand.