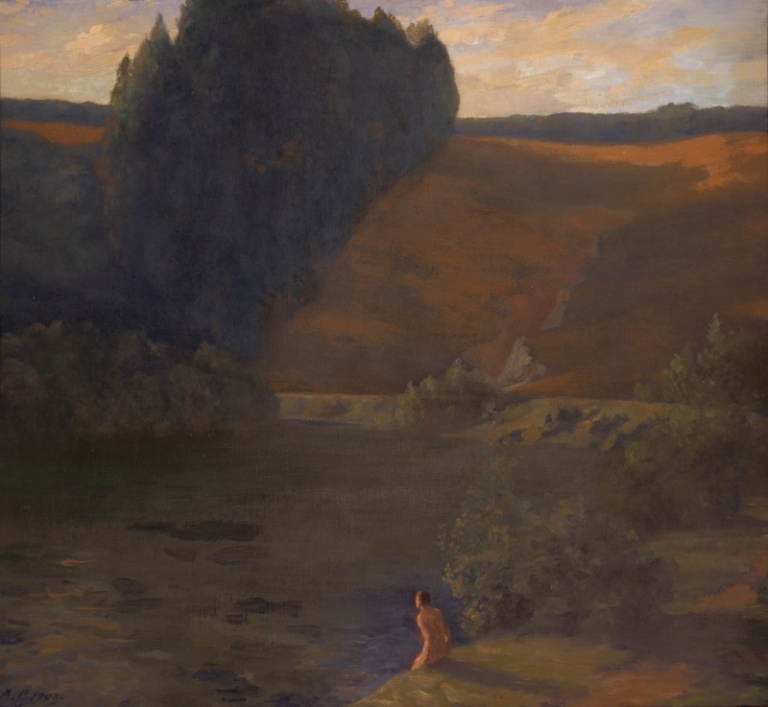 A writer, muralist, designer, decorator, and landscape painter, Bruce Porter spent most of his career in San Francisco. Like other painters of his era, he moved away from the previous generation’s spectacular scenery to more personal and domesticated settings that conveyed “hidden and mysterious . . . spiritual qualities and impulses.”(1) The shift was partly due to the influence of French Barbizon painting, but additionally to Porter’s close association with other California Tonalists, including Arthur Mathews, William Keith, and his close friend Arthur Atkins. It was also a response to industrialization and a rapidly growing population. George Perkins Marsh’s 1864 book Man and Nature, the title of Porter’s painting, helped launch the conservation movement by promoting a concern about the adverse effects of human activities on the landscape. In this painting, through the title and a tiny figure of a nude man, Porter contemplates humanity’s place within the environment.