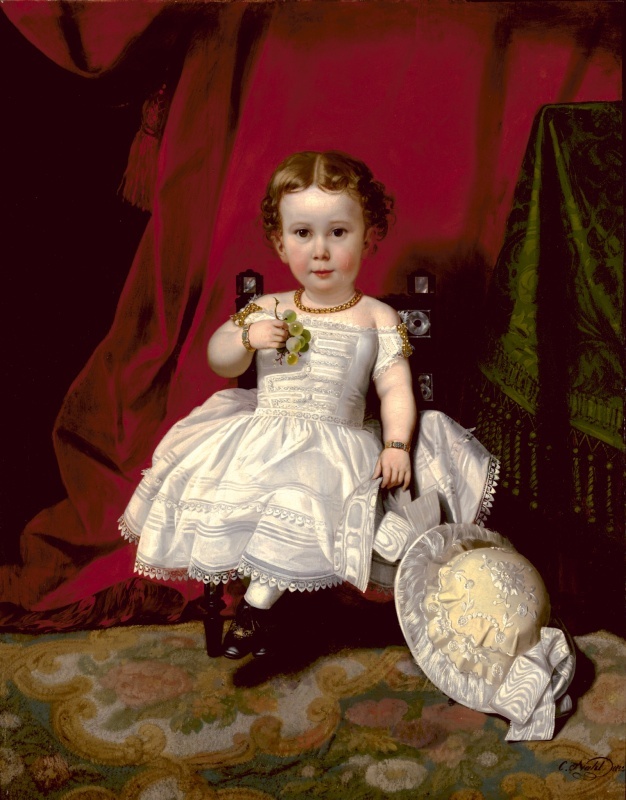 Charles Christian Nahl was an immigrant from Germany who became a prolific painter and lithographer of the California Gold Rush. He enjoyed the patronage of prominent citizens in San Francisco and Sacramento for his portraits and genre scenes.

Nahl, a native of Kassel, showed early promise and received his earliest training from his father, an etcher and engraver, along with instruction from a cousin known for painting portraits and historical scenes. He also attended the academy in Kassel. Family turmoil motivated him to move to Paris in 1846, where he continued his studies with Horace Vernet and Paul Delaroche. There, he exhibited in the 1847 and 1848 Paris Salons.

In 1849, Nahl, his family, and their friend August Wenderoth sailed for New York and settled in Brooklyn. Lured by the prospect of gold, the group left for California in 1851. After failing to strike it rich, Nahl returned to art, first in Sacramento and then San Francisco. He excelled at portraiture, especially of children, such as this early portrait entitled Little Miss San Francisco.