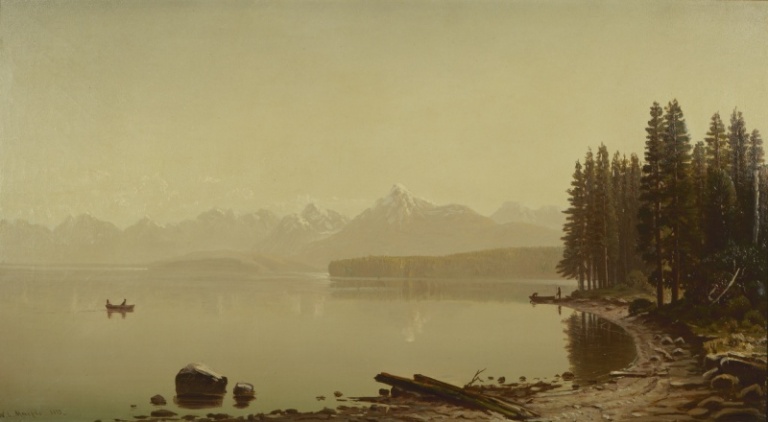 Like so many other artists of the time, William Marple came to San Francisco during the Gold Rush, traveling from New York via the Isthmus of Panama and arriving in October 1849. After working in the mines near Placerville without making his fortune, he became a sign and house painter. He also began teaching himself to paint landscapes. In these, he departed from the grandiose subjects of his colleagues in favor of quiet, light-filled views of Lake Tahoe and the American River.

In 1866, Marple established a studio on Montgomery Street in San Francisco, where he worked for three years. Feeling a need for further education, he then went to Europe to study masterworks in the galleries and museums of Munich and Paris. He returned to San Francisco via New York City and, in 1871, established an important relationship with the successful importer Solomon Gump. As the exclusive agent for Marple’s works, Gump positioned the artist as one of the city’s leading interpreters of the California landscape, which brought Marple acclaim and financial success. In 1872, they opened the gallery of Marple & Gump’s, Importers of Paintings.

In the summer of 1873, Marple took a sketching tour of the Sierra Nevada with artists Thomas Hill and Hiram Bloomer. Marple likely made sketches for this painting on that trip and produced the finished oil in his studio. Lake Tahoe, then officially named Lake Bigler, was a center of logging activity, but remained a remote locale for tourists until the 20th century.

Marple left California for New York in 1877, when the San Francisco art market declined, and he worked in Chicago and St. Louis before ultimately settling in Aspen, Colorado.