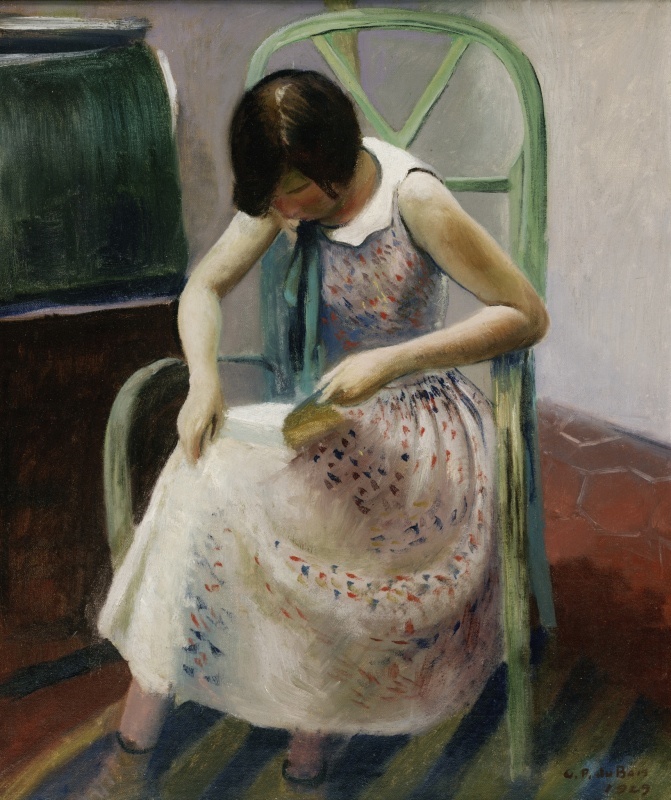 Guy Pène du Bois, who was born in Brooklyn, enrolled at the New York School of Art in 1899, where he studied under the American Impressionist painter William Merritt Chase and also with Frank DuMond, Kenneth Hayes Miller, and Robert Henri. In 1905, he went to Paris and studied briefly at the Académie Colarossi and exhibited at the Salon. When his father died the following year, he returned to New York and became an illustrator and art critic for the New York American.

Although his subject matter linked him to the Urban Realists, Pène du Bois did not adopt their dark palette and bravura brushwork, but favored brighter colors and a stylized, sculptural treatment of form. The subjects of his paintings also evolved to feature genteel people having lunch, attending galas, and lounging at the beach. He presented these subjects with a keenly critical eye that at times lent his paintings a satirical edge.

A strong advocate of new art movements, Pène du Bois was a member of the Society of Independent Artists and, in 1920, taught at the Art Students League. In 1924, he returned to France for six years. The paintings that he produced upon his return were less satirical and more contemplative. This painting, produced while the artist was still living in France, suggests the new direction his work would take.

In the 1930s, Pène du Bois founded an art school in Stonington, Connecticut, where he spent his summers. He published his autobiography, Artists Say the Silliest Things, in 1940.