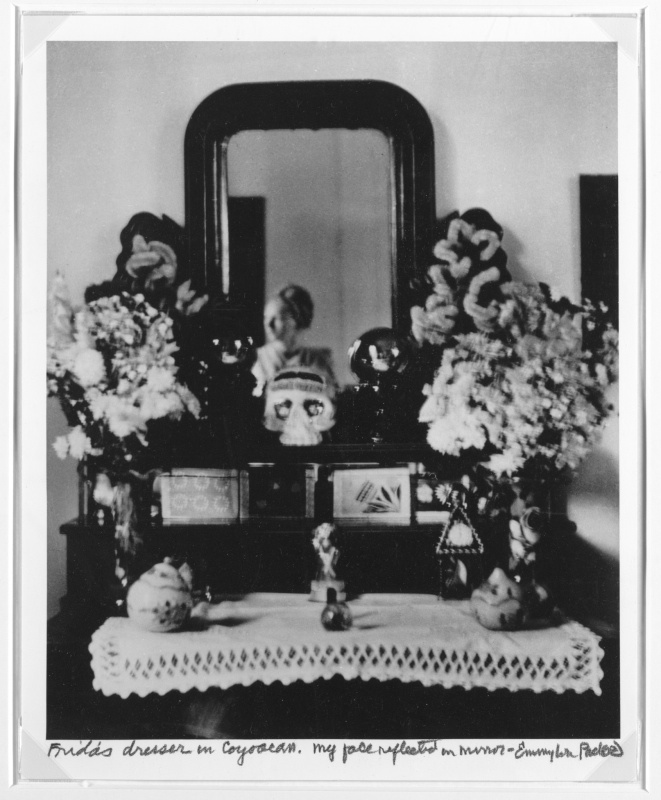 Emmy Lou Packard was a printmaker, illustrator, muralist, and painter who enjoyed an extraordinary friendship with celebrated artists Diego Rivera and Frida Kahlo. She first made their acquaintance at age 13 while she and her family were living temporarily in Mexico City. Packard’s mother arranged the introduction to encourage her daughter’s own artistic efforts. The famous couple befriended the teen, and Rivera generously offered Packard encouragement and helpful insights into art throughout her stay in Mexico, which ended later that year, in 1928.

Back in California, Packard pursued her formal studies as an undergraduate at the University of California, Berkeley, and also at the California School of Fine Arts, all the while maintaining a close correspondence with Rivera and Kahlo. In 1939, after her husband, architect Burton Cairns, died in a car accident, Packard spent time in Mexico with Rivera and Kahlo as a guest in their home. During this period, Packard took many snapshots of the couple and of the things she most closely associated with them, such as this dresser mirror in which Packard’s visage is reflected.

Packard’s romantic compositions captured not only scenes of daily life, but also moments of relaxed intimacy. Inspired by Rivera’s and Kahlo’s friendship and their beliefs in art and social activism, Packard went on to create a body of prints and paintings around themes such as the migrant worker.