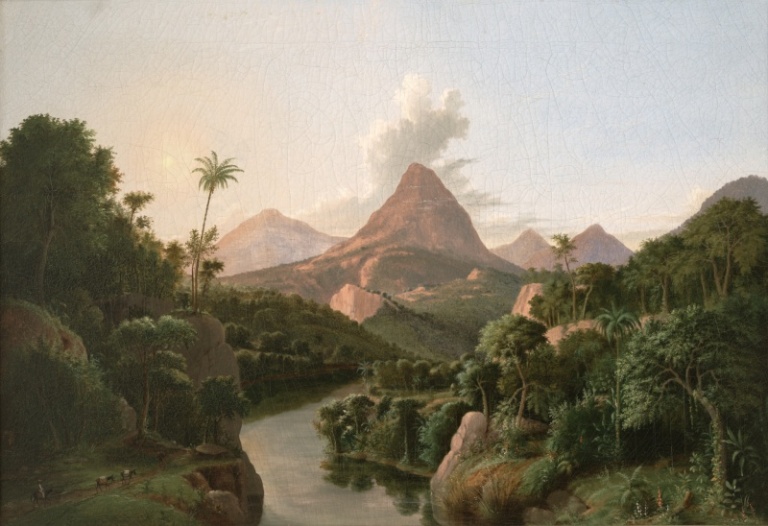 The son of a sculptor, Albertus del Orient Browere was born and raised in Tarrytown, New York, and began his studies at the National Academy of Design. He first exhibited there in 1831, at the age of 17.

Browere’s subjects included illustrations from Washington Irving’s stories, historical and genre subjects, and landscapes featuring the Catskills in New York, where he resettled in 1840. In 1852, he came to California seeking gold and stayed for four years. In San Francisco, he met Charles Christian Nahl, whose depictions of mining life inspired him. He spent his time in California sketching prospectors and their surroundings. Although he returned to New York poor, he left lasting records of California landscapes, pioneer settlements, and early mining operations.

Browere made his second trip to California in 1858, and again stayed four years. This time, instead of making the four-month voyage around Cape Horn, as on his previous trip, he came via the Isthmus of Panama, traveling by mule along the Chagres River. Crossing the Isthmus was the quicker route, taking weeks instead of months, but it was still arduous. Even so, the brilliant tropical scenery he encountered inspired Browere to record and paint new subject matter.