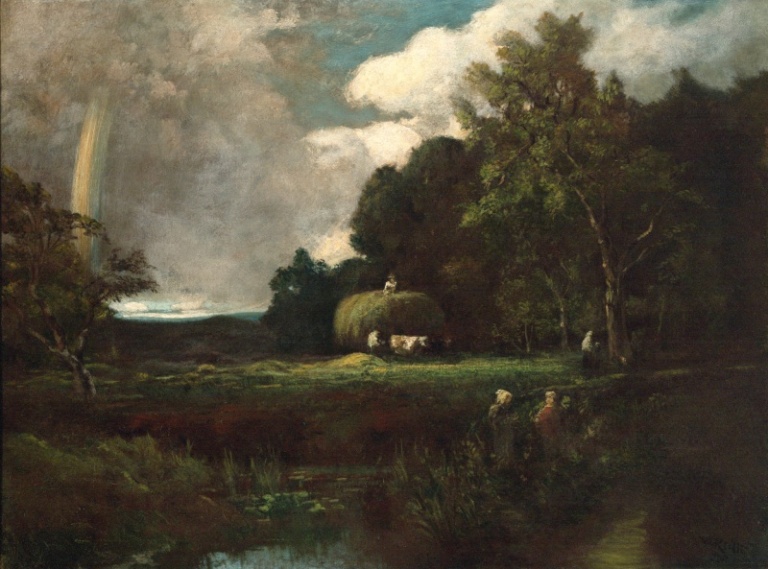 William Keith was born in the small village of Oldmeldrum, Aberdeenshire, Scotland. At 23, he moved with his mother to New York where, in the summer of 1856, he apprenticed as a wood engraver. He put his skills to use at Harper & Brothers publishers, staying with the company until 1859 when he came West and settled in San Francisco. At first, he did commercial work, but soon he began to look toward becoming a full-fledged professional artist. In 1863, he hired still-life painter Samuel Marsden Brookes to give him lessons in oil painting.

Keith left Europe on the eve of the Franco-Prussian War. He spent most of 1871 in Maine and then opened a studio in Boston with the German artist William Hahn, whom he had met in Düsseldorf. He returned to San Francisco in 1872 and became actively involved in the city’s art scene. His paintings during this period included depictions of the Sierra Nevada, Yosemite Valley, and other notable sites, which he explored in the company of naturalist John Muir.

As his career progressed, Keith’s landscapes became increasingly domesticated and darkly spiritual, manifesting changing trends in art as well as his Swedenborgian faith. “When I began to paint, I could not get mountains high enough nor sunsets gorgeous enough for my brush and colors,” he explained. “After a considerable number of years experience, I am contented with very slight material—a clump of trees, a hillside and sky.”(1)