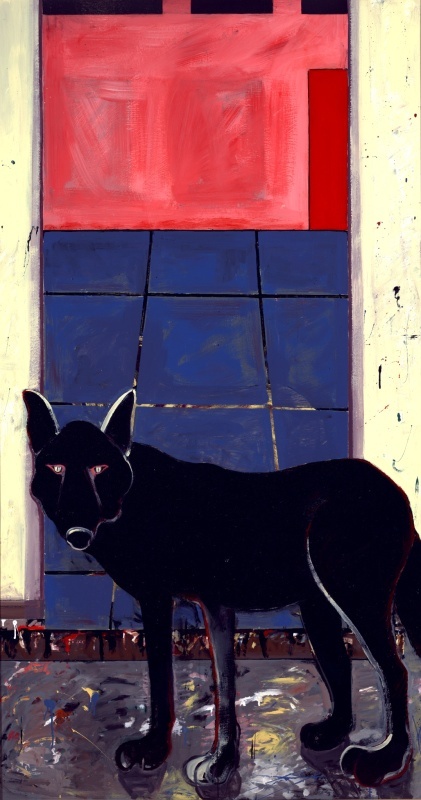 In 1961, Joan Brown began looking to 17th-century masters such as Rembrandt and Velázquez to inform her own contemporary work with the pathos and worldliness seemingly imbued in their art.

The following year, Brown would marry Manuel Neri and in August, 1962, gave birth to a son. In 1968, Brown married again, this time to artist Gordon Cook, and in 1970 they moved to a large property in Rio Vista, California. Brown’s style underwent a significant change, as did her materials and technique. She adopted oil-based enamel paints for their liquidity and brilliancy. These dried quickly and produced flat or translucent layers. Her manner became more economical and the delineation of forms broader.

Animals were always important to Brown, and during this period she increasingly used them as symbols of the self. In 1972, the couple and their family returned to San Francisco, yet Brown still held an inner loneliness she was compelled to explore in the painting Wolf in Studio . The wolf, the Jungian prowler of the psyche, captures the ferocity of her solitude and commitment to the creative life, as it guards an unfinished canvas.