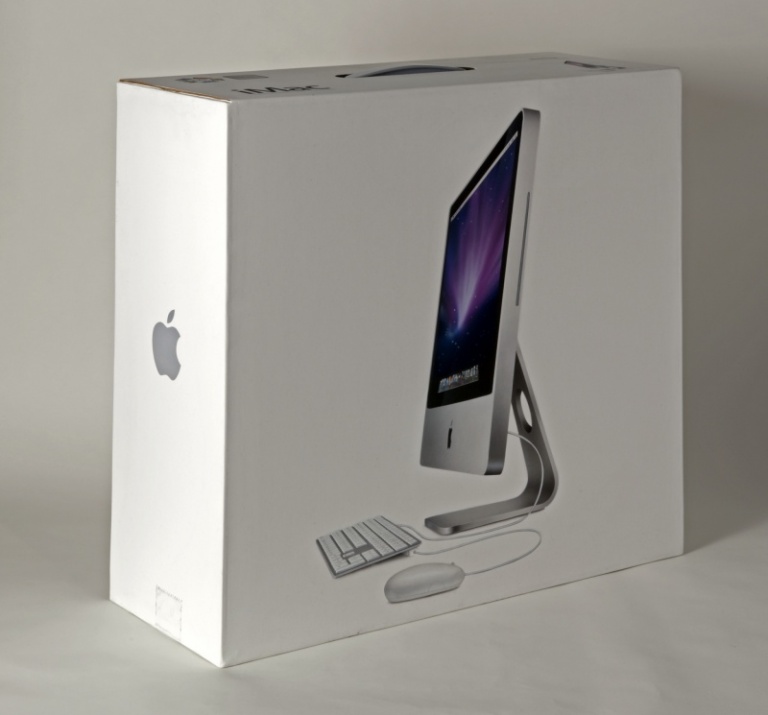 Los Angeles artist Daniel Douke certainly thinks so. Douke first emerged on the art scene in the mid-1970s as a Photorealist painter, but he quickly brought to the movement his own innovation of Material Illusionism, creating three-dimensional wood frames on which he stretched canvas and proceeded to paint renderings of shipping boxes. He created a perfect sculptural illusion of used and abused cardboard, clutter for the discard heap, and not the subject of art.

In the 1980s, Douke changed his focus to rendering trompe l'oeil paintings of scrap metal, but in the 1990s, the emerging emphasis on full-color graphics and corporate branding brought him back to the box. “A little later the computer came along, and I was really fascinated by the way it was packaged and sent out, and all of the implications that held.”(2) Indeed, the internet is rife with testimonials to the joy of opening a new Apple product; the packaging as much as the product itself has become the fetish object.

Douke’s paintings are thus objects of desire. He always begins with an actual model then makes the three-dimensional stretcher bar for the canvas to size. In most cases he is faithful to the model, but does at times deviate. The canvas is made as smooth as possible with multiple coats of paint primer, and with the model before him at all times, he proceeds to draw details onto the canvas before painting what he sees with airbrush and minute brushes. In Widescreen, everything that meets the eye is paint on canvas, from the mimicry of labels to clear packing tape.