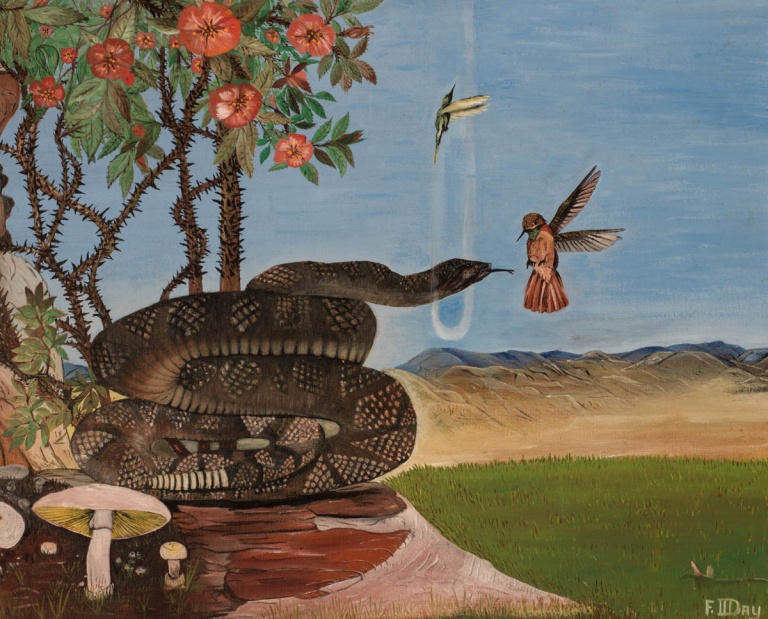 It was from his father, a leader of the Bald Rock Konkow Maidu, and other elders, that Frank Day learned traditional songs and language. After the death of his father and a decade of travel, he returned to California, where he worked as an agricultural laborer. After a serious injury in 1960, he turned to painting as a form of therapy.

Day became a key figure in the California Indian art movement that gained momentum in the late 1960s, creating more than 200 oil paintings related to the Maidu’s cultural legacy. He was also a major inspiration for the Maidu traditional dance group at Pacific Western Traders in Folsom in 1973 — a group that influenced artists like Frank LePena and Harry Fonseca.Wah-Hom — named after the sound of a bird’s flight — depicts a face-off between a rattlesnake and hummingbird under a rose bush, all of which play significantly in First Californian culture.