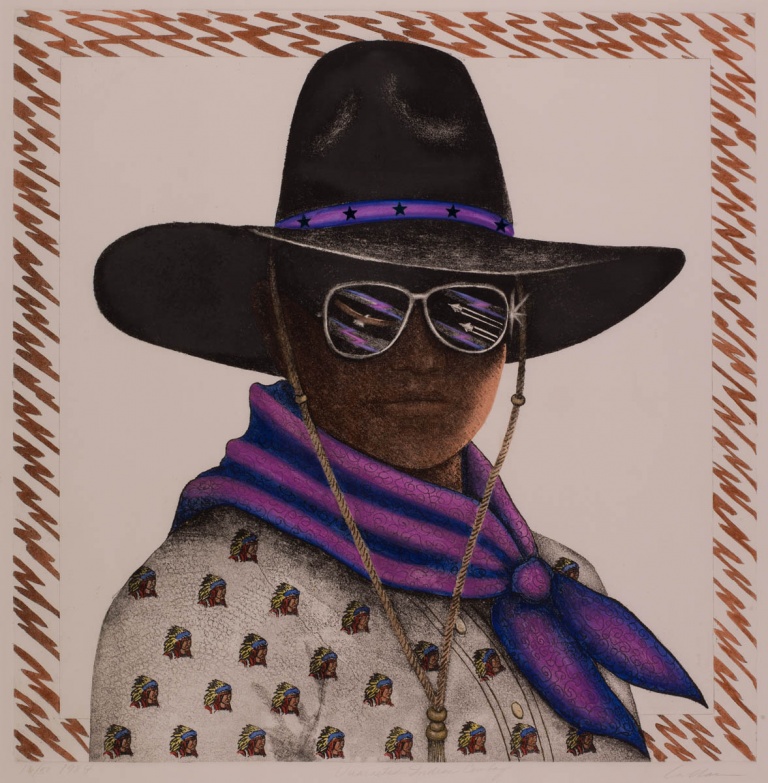 An acclaimed teacher, Jean LaMarr is best known as a printmaker. However, she also creates paintings, sculptures, murals, and work in video. Much of her inspiration comes from the activist occupations of Alcatraz, Pit River, and Wounded Knee in the 1970s and the Chicano art movement. Her early prints for the Bear Dance were posted around Susanville but quickly disappeared, suggesting a strong community interest in her work.

LaMarr’s images often juxtapose inspirations drawn from two different worlds, the traditional and the contemporary. This particular work depicts a Native cowboy wearing sunglasses. Vuarnet is a French eyewear brand best known for its stylish sunglasses, which grew popular after the company sponsored the Los Angeles Olympics in 1984. LaMarr’s juxtaposition of imagery is further seen in the eagle and a pair of jet planes reflected in the lenses of the sunglasses.