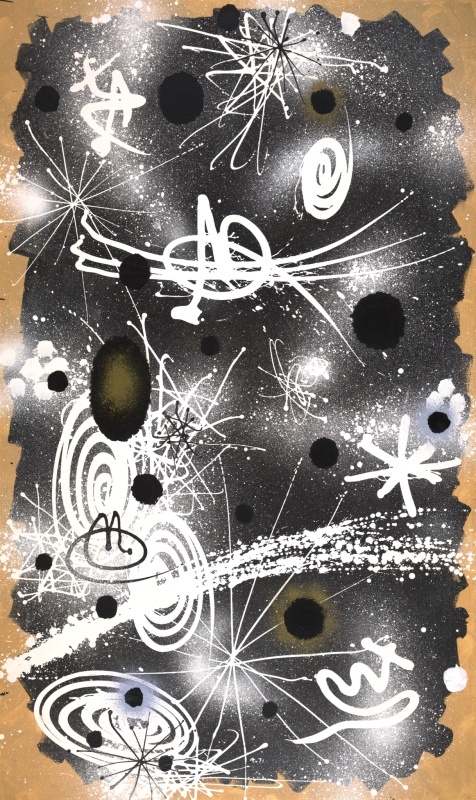 In the 19th century, American artists frequently expressed the presence of God’s divinity through landscape painting, but the violence of 20th-century wars created a permanent change in world view for many. In Europe, Surrealism arose, espousing that artists rely on the subconscious to understand human appetites, but as time passed, artists such as Gordon Onslow Ford sought new approaches to understanding the mysterious inner resources of the spiritual.

Once a seaman, Onslow Ford found his perspective on the sublime and cosmos by being constantly at nature’s whim, and using the stars to navigate. In 1947, Onslow Ford and his wife moved from Mexico to the San Francisco Bay Area, bringing a major collection of Modernist and Surrealist art that exerted a profound impact on artistic development there. He also gained a circle of fellow artists, including Lee Mullican, John Anderson, and Fritz Rauh, who shared his artistic sensibilities.

Humans walked on the moon just as Onslow Ford began a new series of paintings, bearing the titles Voyagers in Space. These were not tributes to the event, but instead a stylistic evolution. Onslow Ford, who spent a great deal of time meditating amid forest surroundings, believed, much as the earlier Transcendentalists had, that everything and everyone was connected in nature. In this series, he expressed these spiritual ideals with a non-objective vocabulary evocative of spiraling universes, stars, and constellations.