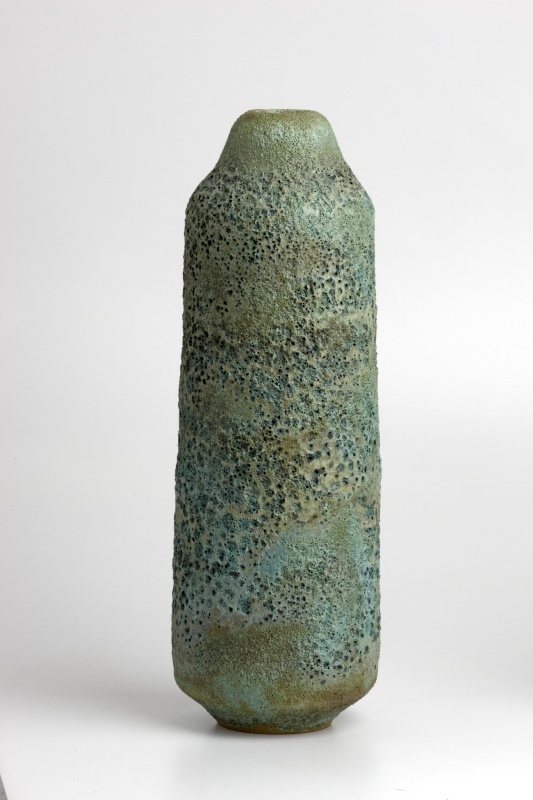 Although Gertrud and Otto Natzler did not receive formal training in ceramic making, they both had an interest in clay and ultimately formed an extraordinary partnership. Both artists were born in Vienna but later immigrated to the United States. Otto Natzler began his art career in textile design. He met Gertrud Amon in 1933.

The two artists won a silver medal for ceramics at the 1938 Exposition Internationale des Arts et Techniques dans la Vie Moderne in Paris. After German troops invaded Austria that year, they married and left Vienna, taking Gertrud’s potting wheel and their electric kiln to California. They settled in Los Angeles, offering ceramics instruction until they could establish a market for their work.

In California, the Natzlers became seriously committed to their art. Gertrud ably threw elegant, thin-walled forms that retain a feeling of strength and vitality. Otto devised more than 1,000 unique and textured glazes. The couple continued this division of labor until Gertrud died in 1971, after which Otto remarried and worked with sculptural forms. Near the end of his life, he finished glazing the last set of pots that Gertrud had thrown.