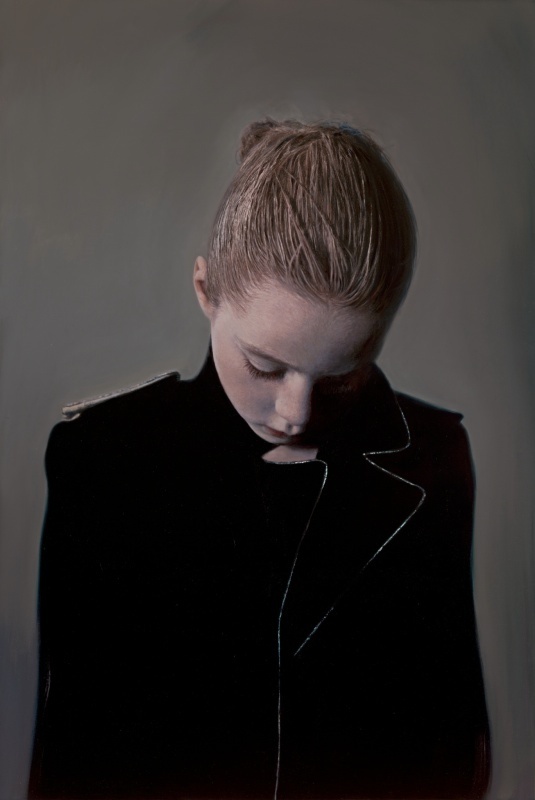 In 2007, Gottfried Helnwein addressed themes of violence and exploitation in his series The Disasters of War. While its title offers tribute to Spanish artist Francisco de Goya y Lucientes, Helnwein’s series continues the pictorial discourse pursued throughout his own career. Raised in postwar Vienna, Helnwein overcame the fog of denial blanketing his childhood by cultivating an educated awareness of history, culture, and politics during his university years. This has proven critical to his art. A non-conformist, he addresses difficult topics, past or present, political or social. Many of his paintings, photographs, and mixed-media works range from the bluntly provocative to the seductively beautiful.

Children are the heroes of Helnwein’s Disasters of War series. His emphasis on the child is sincerely rooted in his own deficient childhood, which the artist describes as a gray period. Portrayed in psychologically intense poses or wounded and bandaged, the children in this series are symbols of hope, never sordid fantasy. They are starkly portrayed in order to radicalize our vision and jolt us from complacency. Helnwein demands that the quality of their life ought to be a universal responsibility and asks that we do the same.

In this affecting portrayal, a young girl stands draped in an adult’s military uniform. The weight of the past seemingly rests on her shoulders; her future presumably hangs in the balance. Indeed, the painterly precision with which Helnwein renders her every hair, eyelash, and freckle emphasizes her corporeality.