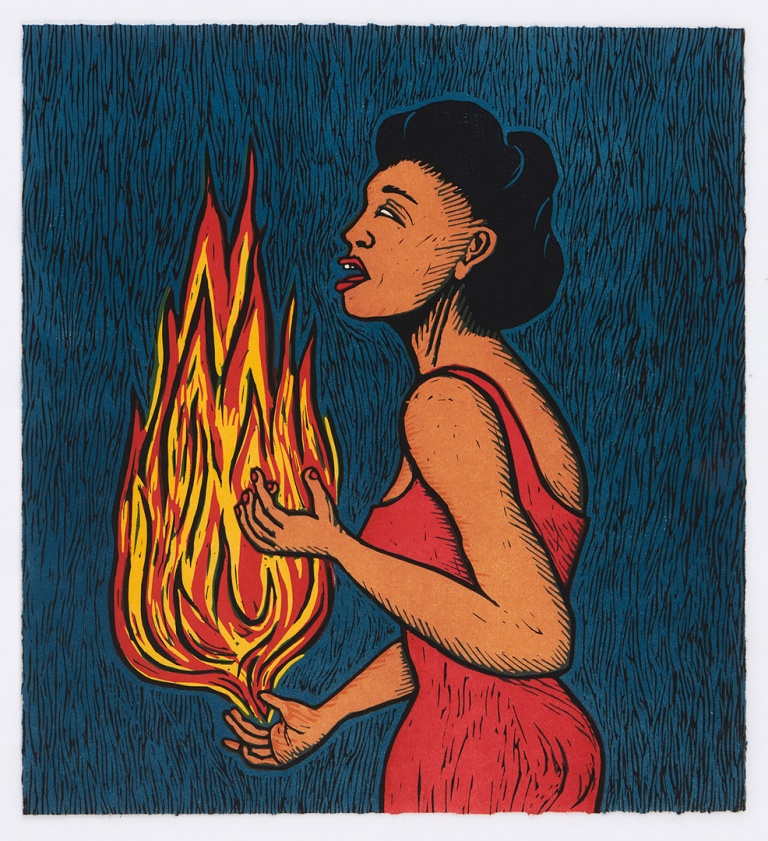 The title of this linocut describes the work as a torch song, typically understood to be a sentimental song about lost or unrequited love. Torch singing generally follows the melodic structure of the blues, created by African American musicians in the South following the Civil War. The Copacetic portfolio presents imagined and vibrant scenes of the Harlem Renaissance. Underscoring the title is a link to Hollywood and racism. Torch Song (1953), a movie featuring Joan Crawford, is a love story about a Broadway musical singer and her blind rehearsal pianist. The film features a musical number titled Two-Faced Woman which Crawford lip-synchs to in blackface.