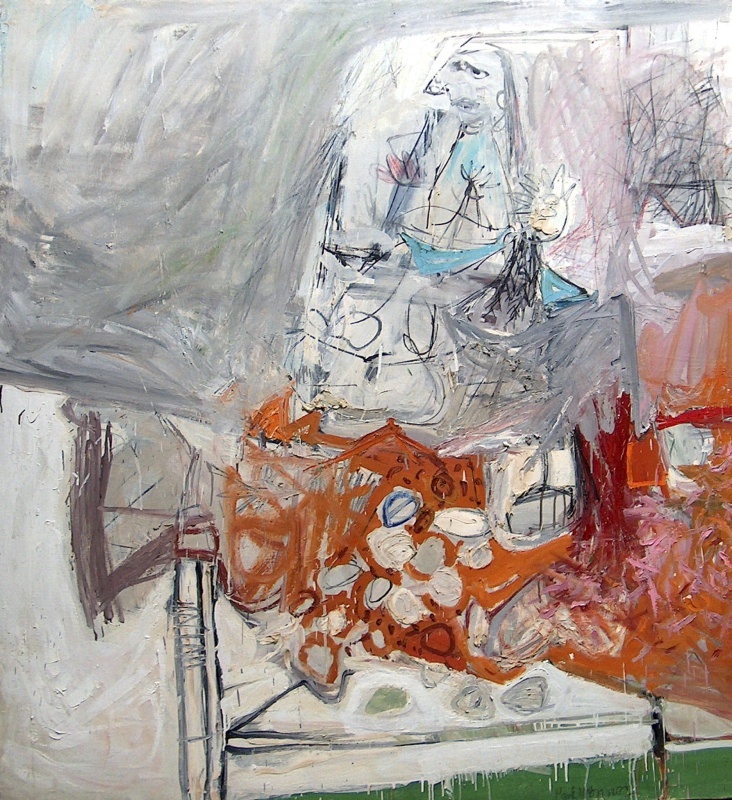 Paul Wonner was a graduate student at the University of California, Berkeley, when he painted Still Life with "Femme au Coq" #2. Certainly, by 1952, the impetus for Abstract Expressionism was waning, and Wonner’s approach conveys his own indifference to its merits. He instead indulged in an associative medley of 20th-century Modernism influenced by Picasso. This still life contains many lively hints of the artist’s mature concerns, especially for arranging objects.

Wonner is most closely associated with a movement known as Bay Area Figuration. He was at the center of its circle, joining in group discussions and life drawing sessions throughout the 1950s. In 1965, although the Bay Area was ultimately his permanent home, Wonner left Berkeley to teach in Los Angeles, followed by a move to Santa Barbara in 1968. In Southern California, he quickly met other intellectuals and artists, switched to acrylic, and made personal objects his subject matter. The play of personal associations and objects in light defined Wonner’s work in the succeeding decades.