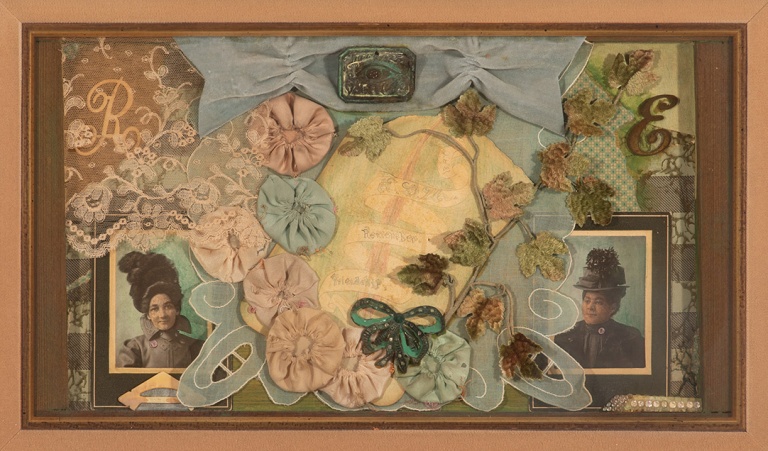 To create her assemblage works, Betye Saar gathered items from her own life, including bits of fabric, photographs, and household items, though she eventually turned to flea markets and swap meets for objects. This work is an early example of Saar’s mixing of family heirlooms and photographs, completed a year after the death of her beloved great-aunt Hattie Parson Keys. The bits of lace, jewelry, fabric rosettes, and photographic portraits embody Saar’s memories of her great-aunt and her lineage associated with both race and social class.

In the 1970s, Saar emerged as part of the Black Arts Movement and remains best known for her collage and assemblage works. Raised in Los Angeles, she worked as an interior designer in the 1950s and shifted to printmaking a decade later. After the Watts Rebellion, commonly known as the Watts Riots, and assassination of Martin Luther King Jr. in the 1960s, she began to create assemblage pieces that referenced politics, racism and racist symbols, technology, and memory.