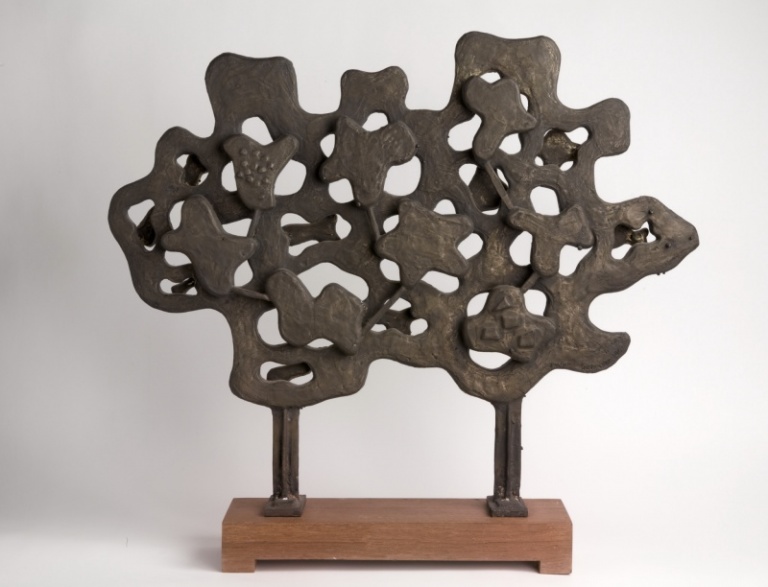 The majority of Jacques Schnier’s sculptural production features Modernist works built up out of cubic forms. Using cubes and rectangular prisms, he assembled eccentric, asymmetrical groupings punctuated by empty space. Schnier was trained as an architect and psychologist and, predictably, there is an architectonic quality to such structures based on regular forms. Through these non-figurative, non-objective modes, he sought the underlying structure, order, and meaning within the chaos and flux of nature. He explained, “What differentiates creative work from mere expression of emotions is this form quality, this organic unity, this harmony like that of a living organism whose parts are in vital and structural relationship to the whole.”(1)

Pierced Relief was cast just as the artist began his cubic constructions. The openwork structure of Pierced Relief stands on two legs mounted to a wooden base. Schnier modeled maquettes for his bronzes in clay and experimented with casting methods. This appears to be such an experimental piece, but unlike his angular cubic constructions, is truly organic in its feel, conveying unity in the interlocking and overlapping of forms.