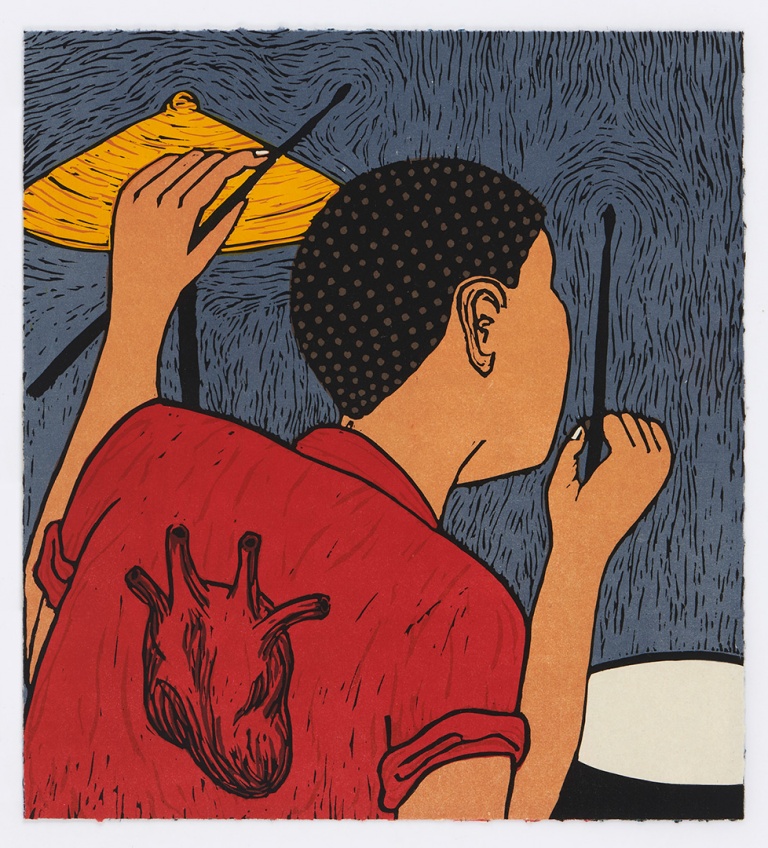 A paradiddle is a quick series of drumbeats created by alternating hand strokes. Here, a drummer is in the middle of rapid motion. On the back of the figure’s bright red shirt is the outline of a human heart, which may point to the drums as being the “heart beat” of the music or that music was the “heart beat” of the Harlem Renaissance. Alison Saar often uses bright colors to signal action or a specific emotion.