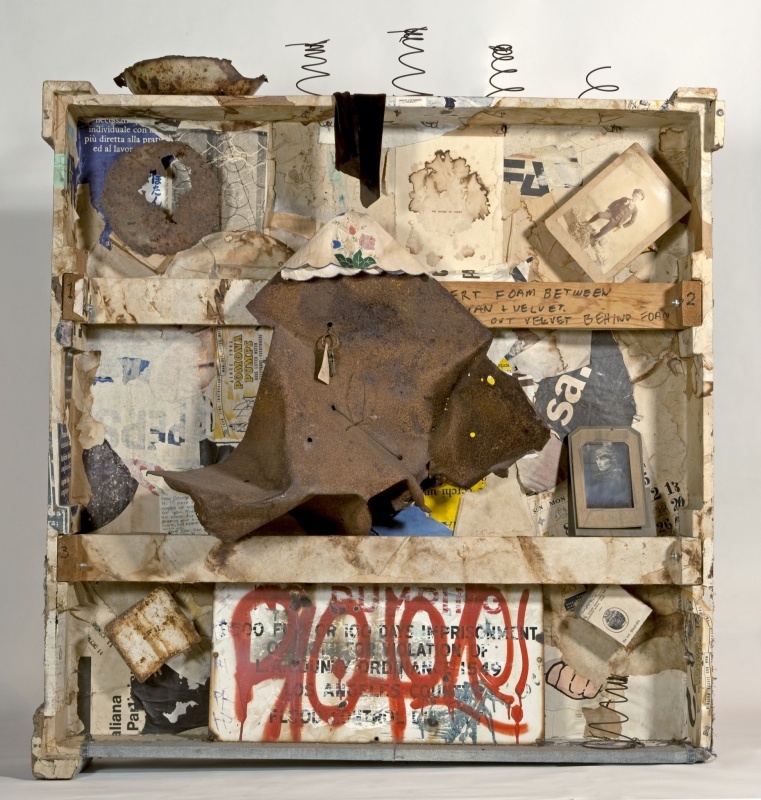 George Herms moves seamlessly between the visual arts, poetry, film, and performance. In many respects, his body of sculpture is both an extension of his poetry and performance art, due in part to the ephemeral and transient nature of his materials. The emphasis he places on impermanence provides his assemblages with richly shaded meanings and opportunities for commentary, wordplay, and puns.

Herms is an icon of the Beat Generation and during the 1950s was an important conduit for the exchange of ideas between the West Coast’s creative centers, San Francisco and Los Angeles. He gravitated first to San Francisco’s North Beach, a hive of experimentation where his own creative leaps and personal discoveries flourished. A noted poet, Herms began to visualize the spoken-word performance of Beat poetry as assemblages of ideas and found its counterpart in objects.

Herms’s visual expression relies on recovering the detritus of consumerism. Pandora's Box offers both decay and beauty as concepts in concert, not opposition. In an old art-packing crate, a hand-stitched doily attests to everyday creativity while the photographs of an anonymous boy and woman introduce us to unknown lives. The presence of a calendar sheet from 1940 and a German air force pamphlet speak to war and lives lost. But play is evident here as well as reflection. Tucked amid the scraps appears a jolly personal note, and a velvet swatch of fabric references the contextually absurd handling instructions for a work of art that no longer exists.