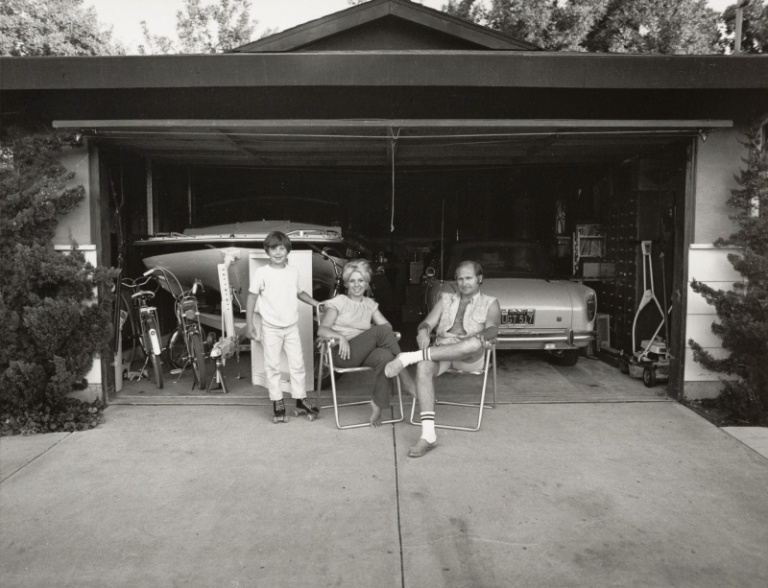 The 1960s was the decade of Mel Ramos’s comic book heroes, Wayne Thiebaud’s pies, and Robert Arneson’s funky self-portraits, and photography was not immune to the influence of popular culture on American life, thanks to Bill Owens. In 1968, Owens joined the staff of the Livermore Independent, a weekly for the historic community that had recently been transformed into a Bay Area suburb. Senior centers, pageants, lodge halls, and chambers of commerce were among his photographic subjects. From these encounters, he distilled the concept of documenting the everyday activities of his friends and neighbors, notable in that it did not reiterate suburbia as an American norm, but established that it too was its own peculiar subculture.

This image was selected for the original cover of Owens’s first photography book, Suburbia, published in 1973, which sold more than 20,000 copies, making it a sensation. Today Suburbia and other Owens’s series such as Our Kind of People (1976) and Working: I Do It for the Money (1977) have been reissued. The deadpan comedy of Owens’ delivery struck a chord with many, and shone through in his captions taken from out-of-context quotes from his subjects. Even the most unassuming moments of daily life, such as this family relaxing on their driveway, becomes disarmingly idiosyncratic when we learn of their reasoning.