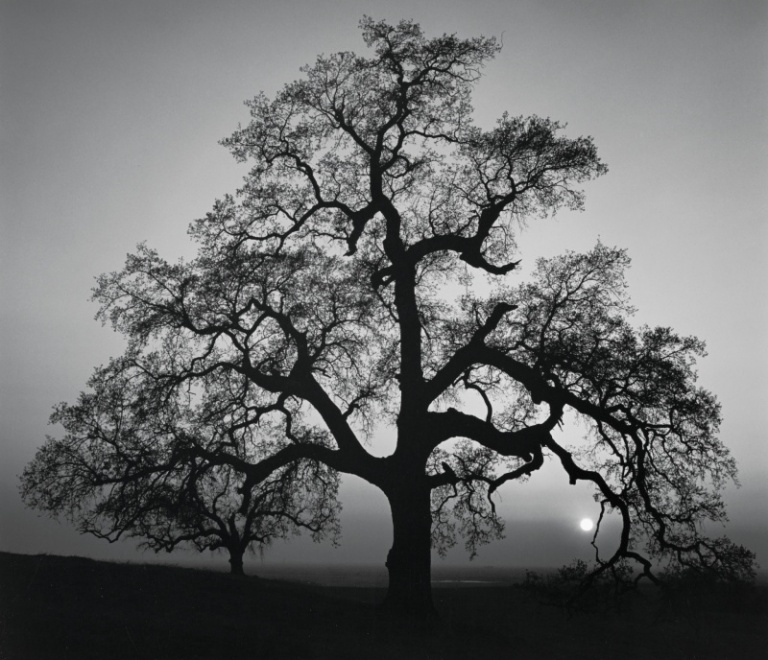 In the early 20th century, the most influential proponent of American photography was Alfred Stieglitz, who made photographs, published the quarterly Camera Work from 1903 to 1917, and exhibited photography as fine art in his galleries.

Like other professional photographers, Adams supplemented his livelihood with commissions, many of which featured subjects far removed from his dramatic visions of the Western wilderness. In 1962, Adams accepted a commission to photograph the rolling hills and open pastures just outside of Sacramento, producing descriptive images of foothill granite outcroppings and the dramatic branching of California oaks in grassy fields. Oak Tree, Sunset City is one of these photographs.