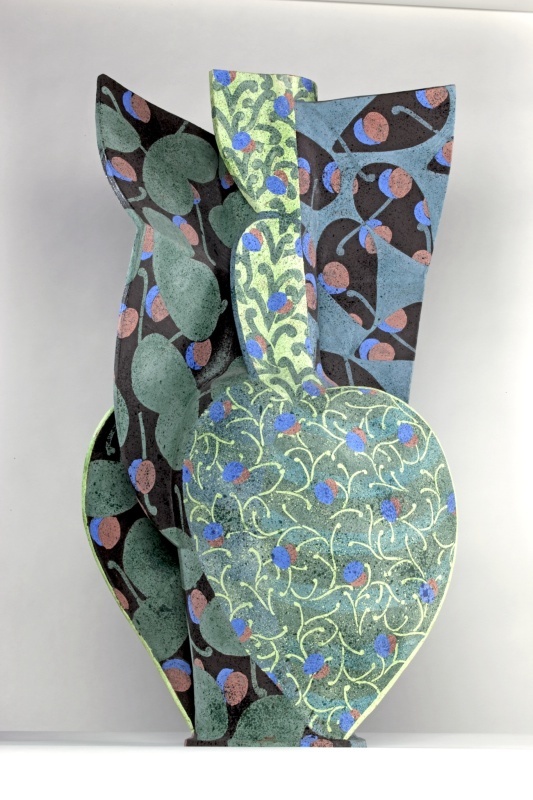 Andrea Gill is one of the most important ceramists to explore low-fire clay and open the vessel to new decorative concerns. Her interest began with her research into historic clay traditions, particularly Italian majolica wares. Concurrently, the 1970s Pattern and Decoration movement was gaining momentum among painters, bringing to the fore the regard for traditional women’s crafts and those of non-Western cultures.

From the outset, Gill worked on a grand scale, crafting large vases nearly two feet high, which she covered with decorative patterns drawn in slip. In 1980, she adopted a winged vessel as her major form and has since experimented with its expressive and evocative potential.

This vase from 1992 is a particularly dynamic example of Gill’s production. Here, the vase has become almost figural, seeming to adopt the coy pose of a young woman adorned in an elaborate kimono. The rich coloring and variety of foliate design of illusionary flight is influenced by traditional Japanese fabric dyeing and the taste for layering pattern against pattern when wrapping the human form. Gill has written of her process, “I’m trying to make the form and decoration completely dependent upon each other, so the form suggests things that can happen on the surface and the surface suggests forms that may relate to other forms.”(1)