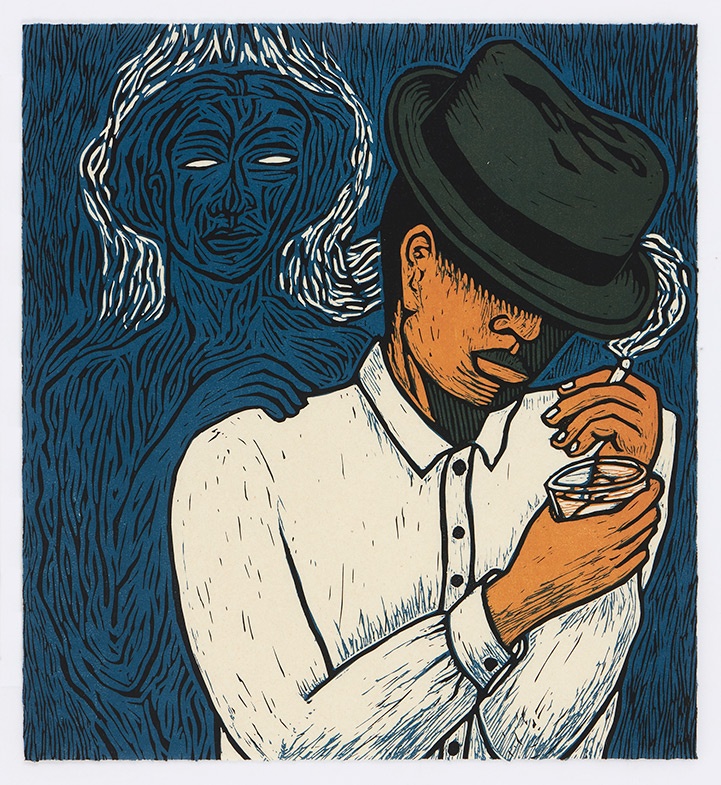 Hooch, as the title states, references bootleg liquor. Haint suggests a ghost or evil spirit. The term haint stems from the Gullah people, enslaved individuals from Western and Central Africa and their descendants, living in the Lowcountry region of South Carolina, Georgia, and Florida. In Alison Saar’s print, cigarette smoke wafts through the air to form a mandorla made of hair around the ghost. Hair, a marker of racial identity, is a subject often explored by Saar in her work. The ghost and background, a vibrant blue, also point to indigo, a cash crop tied to plantations in the American South which used enslaved African people to cultivate it.