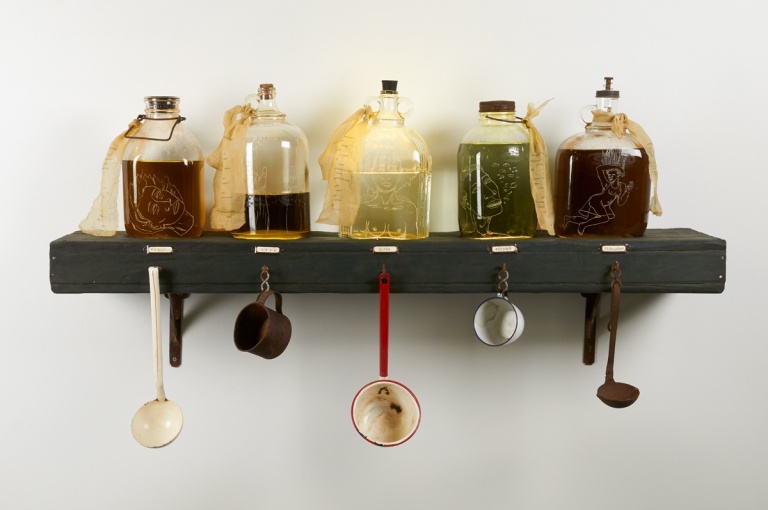 A political and social commentary on the Flint, Michigan, water crisis, this mixed-media piece builds upon Alison Saar’s work related to African American bodies and disaster. Perched on a shelf are five glass jars that hold varying amounts of liquid, each a different color. The filthy liquids drown the bodies of the figures etched into the glass. The drinking cups hanging below the shelf allude to both communal water supplies and the literal drinking of poison.

Nameplates reference the five rivers of the Underworld which are said to move the dead to the afterlife in Greek mythology: Styx (hatred), Phlegethon (fire), Cocytus (wailing), Acheron (pain), and Phlegethon (fire). Tied to each jar is a muslin strip printed with a poem by Samiya Bashir. Hades refers to the ancient Greek ruler of the Underworld and D.W.P. stands for the Department of Water and Power in Saar’s hometown of Los Angeles.